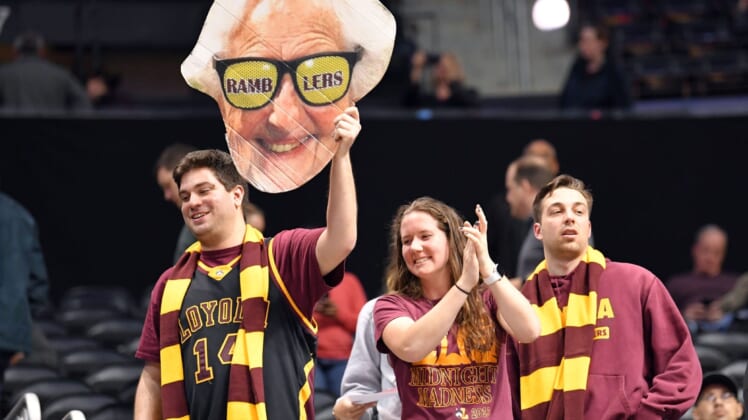 First, we were introduced to Sister Jean bobbleheads. Now, if you’re really into the adorable 98-year-old team chaplain of the Loyola-Chicago Ramblers, you can land some incredible Sister Jean socks.

ESPN’s Darren Rovell noted on Sunday that Loyola approved the socks, to be manufactured by Rock ‘Em Apparel.

Don’t miss out on these Scarf, Sister Jean, and Mascot socks! #OnwardLU pic.twitter.com/MNoEQumIRv

The company is offering three separate designs that feature Loyola, one of which is the Sister Jean version. Each set costs $18, which is pretty reasonable for such a hot commodity right now, albeit as a novelty item.

Sister Jean and the Ramblers are headed to San Antonio for a date with destiny as one of the final teams remaining in the NCAA Tournament. It’s been 55 years since Loyola-Chicago made it this far, and Sister Jean has changed quite a bit since that time (look here).

They’ll continue to be fan favorites when the Final Four kicks off next week.