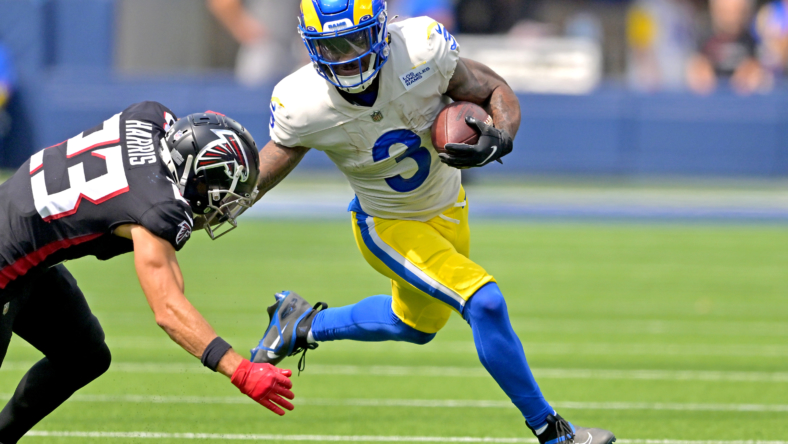 Of all the 20 players moved at the NFL trade deadline, Cam Akers wasn’t one of them. It’s quite surprising, considering the reports out of Los Angeles as many as three weeks ago suggested the relationship between the third-year pro and the Rams was essentially in the tank.

Akers seemed like a near lock to either be traded or released from the roster as the deadline approached, but instead, the Rams opted to hold onto their 23-year-old running back.

But it wasn’t due to a lack of interest. According to Tom Pelissero of NFL Network, the Rams fielded multiple trade offers for Akers but chose to reject each one. In fact, now the team is in communication with Akers’s agent, hoping to convince the former Florida State tailback to return to the team. Based on the team’s effort without him, it’s not hard to see why.

Akers has been inactive for the past two games, but the Rams’ rushing attack has suffered in his absence. While their first attempt without their starting back produced a season-high 111 rushing yards, it came from six different ball carriers touching the ball, four of which were receivers. But their starting replacement didn’t fare any better, as Darrell Henderson averaged just 3.5 yards per attempt on 12 carries.

Then after a bye week, the team still produced a dud of a performance on the ground against a top-notch 49ers rush defense. The Rams averaged just 2.9 yards per carry on 19 attempts. So it only makes sense that they’d want Akers to return as soon as possible.

While it’s tough to pinpoint exactly what his beef is with the team, everyone knows Akers is their best option. After the Rams struck out on trying to land Christian McCaffrey or anyone else at the trade deadline, their season could be riding on the return of Akers.