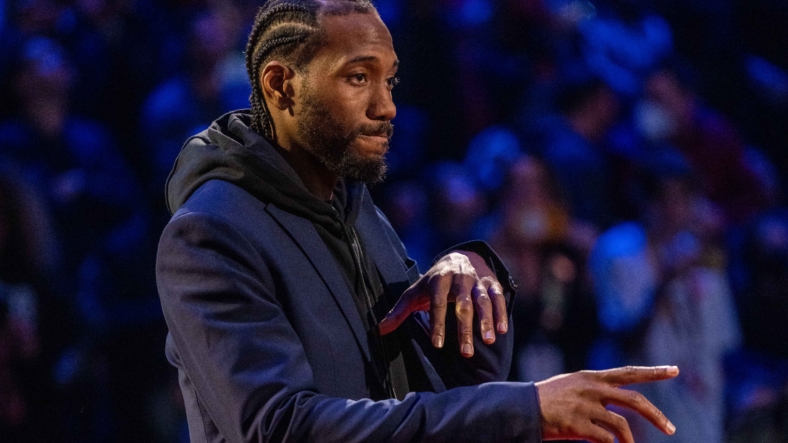 Kawhi Leonard’s tenure with the Clippers has not quite been what fans were hoping for. After signing a massive four-year, $176 million contract extension before the 2019-2020 season, the 31-year-old has only played in 109 games over the last three years. Last season was the low point when he missed the entire season to recover from an ACL tear he suffered in the previous season’s playoffs.

Despite the disappointment, the man who won titles with the San Antonio Spurs and Toronto Raptors has kept himself busy while away from the court. The most notable of his off-the-court endeavors was a surprise rap album the five-time All-Star released in October of 2021. “Kawhi Leonard Presents Culture Jam Vol. 1” was a stunning development from a player known more for his strange laugh than for having a charismatic personality.

Kawhi Leonard released his hip-hop debut in October of 2021

Well, the “creative partner” for the NBA superstar,  Eesean Bolden, recently spoke to People magazine about the oxymoron that is a Kawhi Leonard rap album and explained that Leonard spitting bars on a slick rap track were actually something that sports and music fans never even knew that they always wanted.

On its website, Culture Jam claims they are “a movement where artists, athletes, and community connect, create, and reimagine how culture influences the world. Through a series of creative and imaginative projects, Culture Jam will challenge the norms of how sports and entertainment currently intersect. Boundaries will be broken, definitions revised, standards raised and the culture will be amplified.” 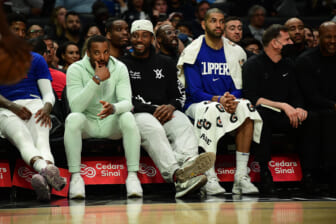 The seven-song album is far from anything that will give Led Zepplin a run for their money in length, being only 19 minutes long. The collection of songs from the NBA star that also includes Lil Uzi Vert, Wale, Ty Dolla $ign, YoungBoy Never Broke Again, A Boogie wit da Hoodie, Polo G, Rod Wave, and Gunna can be found HERE.