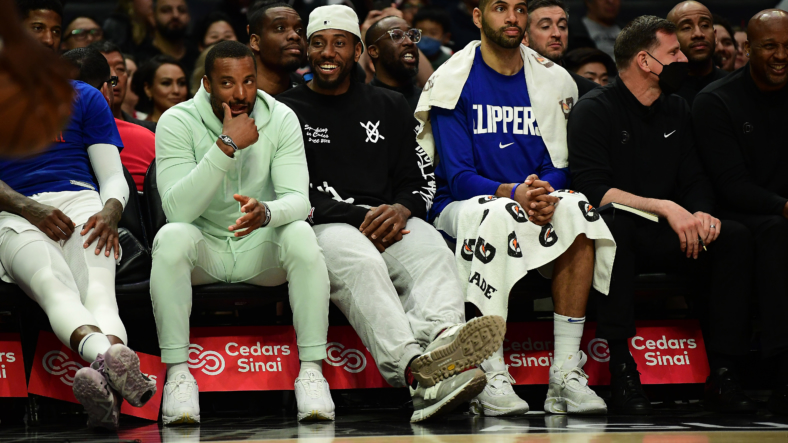 On paper, the Los Angeles Clippers have a top team in the NBA. Big names like Kawhi Leonard and Paul George bring that sort of reputation simply by themselves, however, the team’s supporting cast truly separates them from the rest of the contenders.

Los Angeles has an elite starting five. Around PG13 and the Klaw, head coach Ty Lue has Ivica Zubac to anchor the paint, likely Marcus Morris to provide size and floor spacing, and John Wall or Reggie Jackson to run the point. The starting lineup alone is capable of leading the team to finish in the top half of the Western Conference standings, but the success will extend beyond just decent seeding.

Related: 3 reasons why the Los Angeles Clippers can surprise this season

However, the real excitement surrounding the Clippers stems from the potential of guys wearing zip-up sweatsuits to start games. Let’s take a look at the Clippers’ expected bench players for the ’22-23 season.

Off the bench is a mix of both occasional and heavy starters from last year’s injury-filled season, also featuring some youth. There’s no way around it, Los Angeles has a bench mob.

The biggest part of what makes the Clippers such a dangerous foe for opponents is their firepower that will be facing other teams’ backups. For one, guards like Reggie Jackson and Norman Powell would be asked to be lead scoring options for many organizations, where instead they likely don’t sniff the top-three in points per game for Steve Ballmer’s squad. Just last season, Jackson and Powell combined for almost 40 points per game. As reserves, their potential as a dynamic duo is unfair as they would be starters elsewhere.

Adding to the intimidation of Los Angeles’ rotation is the well-roundedness of its supporting wings. Described as “glue guys,” Terance Mann, Nicolas Batum, and Robert Covington all possess the ability to contribute to the game in every way possible. Each of the three can knock down a shot, guard the other team’s best player, and be an overall pest on each side of the ball. Truly embodying the “team player” mentality, these hoopers have started many games throughout their respective careers and are more than open to absolutely terrorizing backup units. 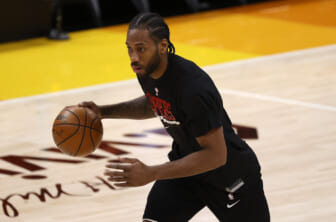 Also Read:
3 Los Angeles Clippers players with the most to prove in ’22-’23

Often forgotten throughout the mix of talents are specialists Luke Kennard and Amir Coffey. The two can shift a game completely with their respective sharpshooting and defense. Kennard, one of the better shooters in the game, is looking to repeat his ’21-22 season where he led the NBA in three-point shooting at a 44.9% clip.

Coffey, now a full-time member of the main roster, brings defense to the table steadily guarding 1-3, while also being able to knock down a three for himself. Together, the two offer great services to the team, but will likely be the odd men out of coach Lue’s rotation — but, it isn’t a knock on their skills by any means. Instead, it should be noted that the Crypto.com Arena’s best team doesn’t have enough minutes to give everyone a consistent run.

It’s a given that the Clippers could hoist the Larry O’Brien Trophy next June with no one batting an eye. The balance of stardom, coaching, and culture is unmatched in today’s NBA. Still, the team’s x-factor is its versatility.

The options are endless for coach Lue, considering he has a surplus of wings and scorers — also known as the winning recipe over the last few years. When looking at past champions, Los Angeles compares perfectly with its two-way approach and schemes. Like the champion Warriors, Bucks, and Lakers of years prior, the Clippers have their core stars, elite defenders, and selfless bench ready to roll. 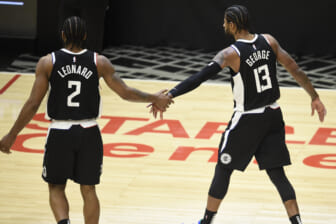 Lue can go big, surrounding Leonard and George with forwards Batum, Morris, and Covington, just as easily he can go small with Powell, Jackson, and Kennard. It’s a great problem to have, but still leaves question marks surrounding the team’s rotations.

Clippers fans will have to wait and see how well their team fares, but they should remember that Los Angeles isn’t atop the power rankings for nothing.