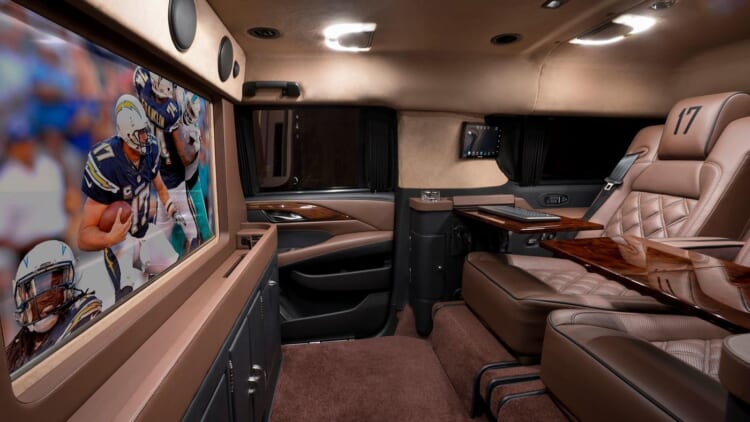 Even after the team’s move to Los Angeles, Chargers quarterback Philip Rivers is embedded within the San Diego community. And for good reason. He has seven children and has lived in San Diego ever since being drafted back in 2004. For his children, that’s all they’ve known.

So it’s not a surprise that Rivers is still living in San Diego and commuting to Los Angeles on a daily basis. The good news for him is that he has this souped-up SUV to roll up to work in. 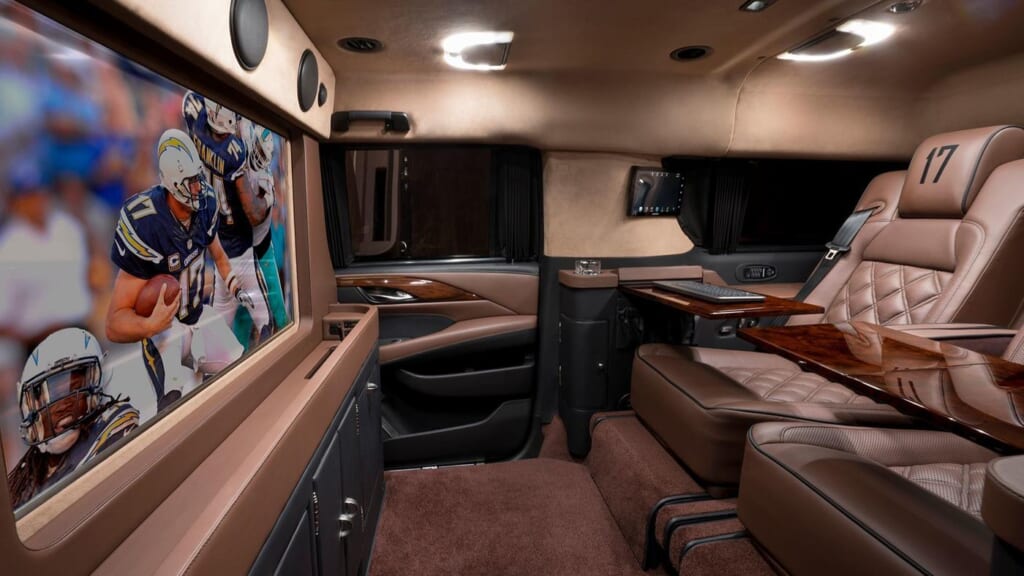 Now, that’s one heck of a ride.

According to Kevin Acee of The San Diego Union-Tribune, Rivers got this custom made by Becker Automotive Design. It includes reclining seats, a 40-inch flat-screen television, WiFi and a refrigerator. The total cost of the vehicle, plus a driver, comes in at $200,000.

Playing under a four-year, $83.2 million deal, it’s an investment Rivers could surely afford to make. Why not enjoy this type of luxury while attempting a commute most of us could scarcely imagine?

For Rivers, it just made too much sense.

“My two biggest things were my family time and my preparation and what I owe this football team,” Rivers said, via The San Diego Union-Tribune. “I was not going to sacrifice either of them in any big proportion. I can look at all the pluses and minuses and say, ‘OK. This does it.’ This allows me to get home in the 6 to 7 hour, which is when I got home the last 11 years, and it allows me to watch all or more of the film I watched before.”

A good teammate. A good father. Rivers definitely deserves this type of luxury. Good for him.