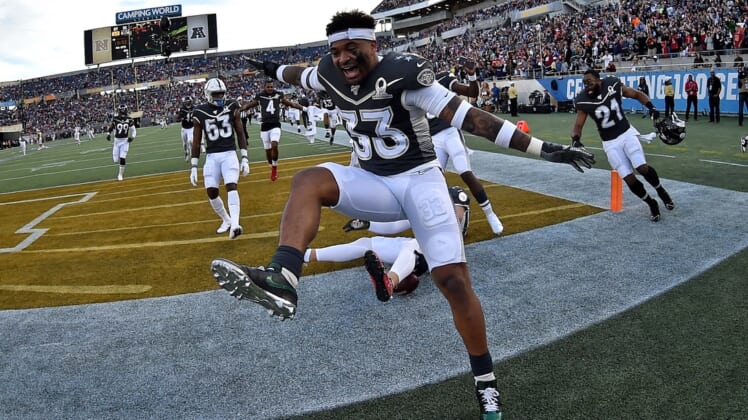 It’s not a secret that former New York Jets All-Pro safety Jamal Adams did not have the greatest of relationships with head coach Adam Gase and general manager Joe Douglas.

Hours after his blockbuster trade to the Seattle Seahawks shocked the football world, Adams took to social media to thank Jets fans for supporting him. He did not offer thanks to the Jets’ organization.

One of the better defensive players in the game, Adams did not mince words when speaking about the above-mentioned Gase earlier this week. He pretty much said that the embattled head coach is not the man to lead the organization moving forward.

This social media post makes it clear that Adams is in no way ready to put those burnt bridges behind him. Even after being traded, he still seems to hold ill-will.

The backdrop here is Adams going from a mediocre Jets team he had starred for over the past three years to an immediate Super Bowl contender.

The former No. 6 overall pick has to be happy about that. Regardless of his contract situation in the Pacific Northwest, the LSU product will play meaningful games in 2020.

It will be interesting to see how this iteration of the Seahawks matches up with the defending NFC champion San Francisco 49ers in the division. That’s for sure.