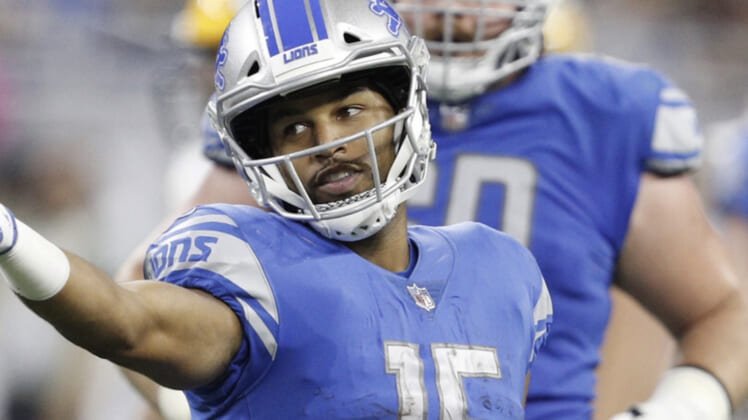 The Philadelphia Eagles knew they had to upgrade the wide receiver position if they wanted to come close to repeating as champs.

They did just that hours before the NFL trade deadline on Tuesday, acquiring wide receiver Golden Tate from the Detroit Lions for a third-round pick.

Tate, 30, had been among the names bandied about on the rumor mill over the past several days. Heck, he even touched on the subject with a tweet right before being dealt.

This is the second major trade of a wide receiver on Tuesday and it will have wide-ranging ramifications in the NFC moving forward. Tate has put up 90-plus receptions in each of the past four seasons, averaging north of 1,000 yards during that span. He’s on pace to top those numbers this season.

Tate will now team up with Nelson Agholor and Alshon Jeffery to form an elite trio at wide receiver for MVP candidate Carson Wentz.

For the Lions, this means studly young wide receiver Kenny Golladay will see an uptick in targets moving forward on the season.