Lions’ Matthew Stafford opens up about COVID-19 and NFL protocols 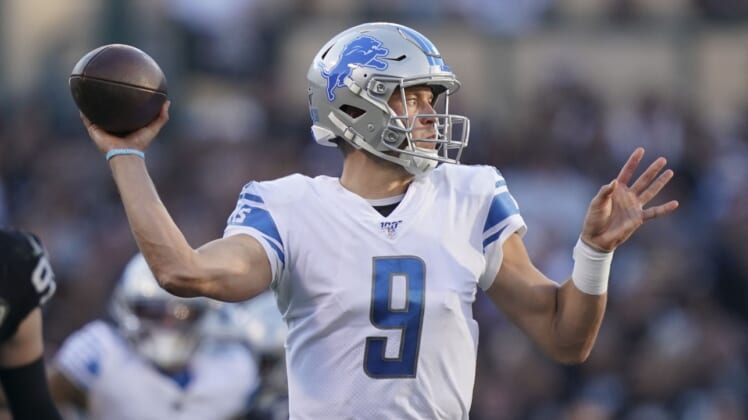 It was earlier this summer that Detroit Lions quarterback Matthew Stafford was placed on the reserve/COVID-19 list after what we now know to be a false-positive.

This situation and the NFL’s questionable COVID-19 protocols led Stafford’s wife, Kelly, to call the league out in a big way.

In response to the Stafford situation, the NFL did change its protocols last week. It requires two consecutive negative tests rather than three for a player to be activated from the reserve/COVID-19 list.

As is relates to whether he ever seriously considered opting out of the 2020 season, Stafford noted that he did not give it much thought. Given his family situation, Stafford would have likely qualified as a high-risk individual if he decided to opt out.

We have no idea how the 2020 regular season is going to play out starting in less than a month. What we do know is that news relating to the league and COVID-19 is good right now. As of Tuesday afternoon, only 1% of players around the league were on the reserve/COVID-19 list. This means that they either tested positive or were in close contact with someone who contracted the virus.

The league has done a good job to change its policies to take into account the changing times. It has not been stuck in its ways. That’s no small thing given the outbreak of COVID-19 we’ve seen around MLB since its season started almost three weeks ago.

At least for Stafford, he seems to be appreciative of that fact.