An auction site of the Detroit Tigers is listing the lineup card for the team’s June 19 game against the New York Yankees. Normally, a lineup card wouldn’t represent much value. However, this one has a little bit of history involved in it.

Yankees third baseman Alex Rodriguez became the 29th player in Major League history to record 3,000 career hits with a first inning homer in a 7-2 win over the Tigers.

The lineup card for that game is now up for auction: 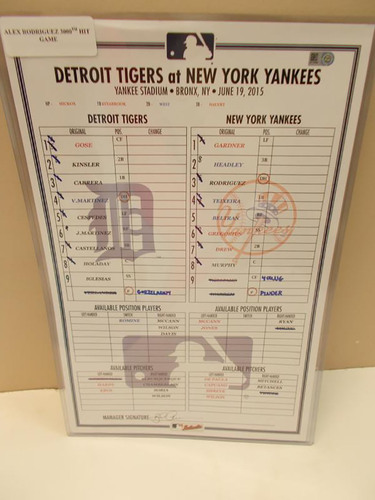 That’s not too shabby to get your hands on something no one else has.