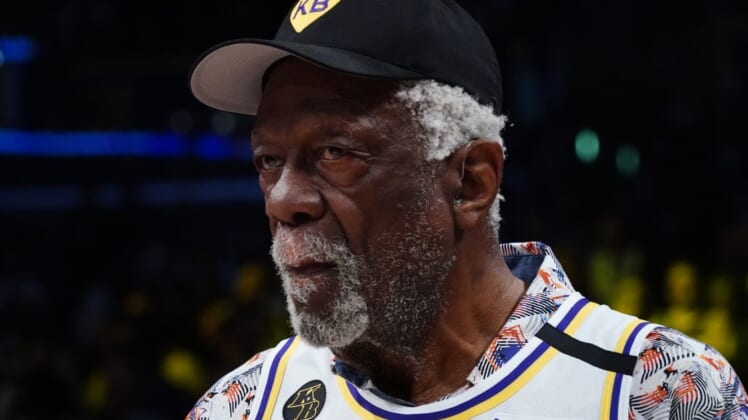 Hall of Fame center Bill Russell passed away peacefully on Sunday at the age of 88, according to his official Twitter account.

A five-time NBA MVP and 12-time All-Star, Russell was an 11-time NBA champion as a player with the Boston Celtics. He also was the first Black head coach in North American professional sports history and helped the club win two more titles.

A member of the NBA’s 25th, 50th and 75th anniversary teams, Russell was as well known for his commitment to social justice.

“Bill Russell was the greatest champion in all of team sports,” NBA commissioner Adam Silver said. “The countless accolades that he earned for his storied career with the Boston Celtics — including a record 11 championships and five MVP awards — only begin to tell the story of Bill’s immense impact on our league and broader society.

“Bill stood for something much bigger than sports: the values of equality, respect and inclusion that he stamped into the DNA of our league. At the height of his athletic career, Bill advocated vigorously for civil rights and social justice, a legacy he passed down to generations of NBA players who followed in his footsteps. Through the taunts, threats and unthinkable adversity, Bill rose above it all and remained true to his belief that everyone deserves to be treated with dignity.”

His No. 6 jersey is retired by the Celtics.

“But for all the winning, Bill’s understanding of the struggle is what illuminated his life,” read a statement from his Twitter account. “From boycotting a 1961 exhibition game to unmask too-long-tolerated discrimination, to leading Mississippi’s first integrated basketball camp in the combustible wake of Medgar Evers’ assassination, to decades of activism ultimately recognized by his receipt of the Presidential Medal of Freedom in 2010, Bill called out injustice with an unforgiving candor that he intended would disrupt the status quo, and with a powerful example that, though never his humble intention, will forever inspire teamwork, selflessness and thoughtful change.

“Bill’s wife, Jeannine, and his many friends and family thank you for keeping Bill in your prayers. Perhaps you’ll relive one or two of the golden moments he gave us, or recall his trademark laugh as he delighted in explaining the real story behind how those moments unfolded. And we hope each of us can find a new way to act or speak up with Bill’s uncompromising, dignified and always constructive commitment to principle. That would be one last, and lasting thing, for our beloved #6.”

Russell won two NCAA championships at the University of San Francisco and led the team to 55 straight wins. He also led the United States to a gold medal in men’s basketball in the 1956 Olympics in Melbourne, Australia.