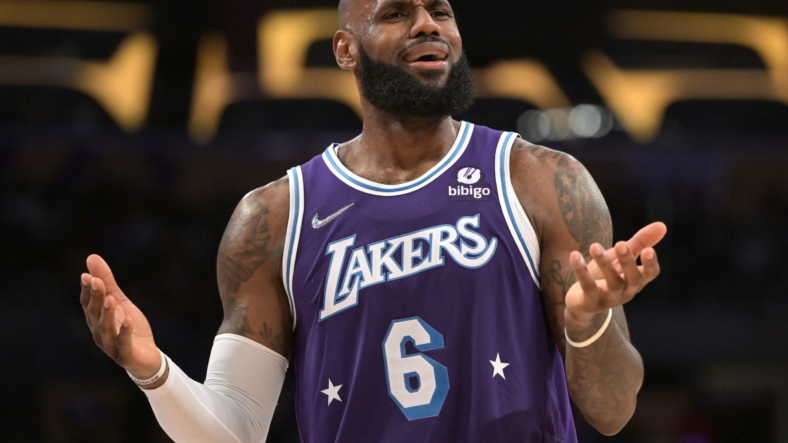 NBA megastar Lebron James is using his reach and mass appeal to let basketball fans know that the NBA failed in its punishment for Phoenix Suns owner Robert Sarver.

The biggest story in the association this week was the NBA handing down a notable suspension and fine against Phoenix Suns owner Robert Sarver. The 60-year-old NBA boss will be banned from the league for the next year and was hit with a $10 million fine — the maximum the league can levy. He must also “Complete a training program focused on respect and appropriate conduct in the workplace.” The punishment comes following an investigation that started late last year following an ESPN expose on allegations of inappropriate workplace conduct by Sarver during his nearly 20-year tenure as the Suns’ owner.

During its investigation, the NBA discovered that in at least five instances, Sarver used “the N-word” when recalling things said by others, made comments on the physical appearance of women in the organization, engaged in unseemly sex-related comments in the workplace, and “on several occasions engaged in inappropriate physical conduct toward male employees.” That goes along with evidence of demeaning and harsh treatment toward former and current employees.

Related: Cleveland Cavaliers open to a Lebron James return but on their terms, says NBA insider

The final punishment, while seeming major at first glance, has been condemned by many individuals in and outside the league. On Wednesday, league legend Chris Paul said he was “horrified and disappointed by what I read. This conduct especially towards women is unacceptable and must never be repeated.” To many, the fact that Sarver will hold on to his position as owner — while former Clippers boss Donald Sterling was forced to sell the team after similar misconduct — has rubbed many the wrong way. Including the sport’s biggest superstar Lebron James.

Lebron James bashes NBA for Robert Sarver punishment: ‘There is no place in this league for that kind of behavior’

James has never been one to go public often with his political and social views. It is understandable when you own a billion-dollar international brand. However, on Wednesday, the basketball great and multi-time NBA champion could not stay silent on the league’s ruling on the misconduct by one of their most powerful individuals.

In a post on his Twitter account, the “King” laid into the league, saying they “got it wrong” and that there is “no place” in the NBA for Sarver’s actions. 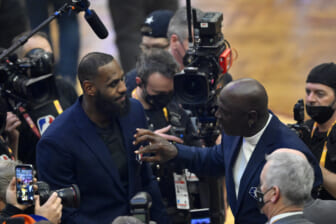 Also Read:
Allen Iverson says Lebron James is the NBA GOAT, not Michael Jordan: ‘He the 1’

It is unclear if the opinions of many in the NBA, including James, will sway the league and other owners to push for Robert Sarver’s removal from ownership. Nevertheless, it is putting a major spot on how the league has mishandled such a delicate and reprehensible situation.