Stephen A. Smith Predicts Carmelo and LeBron Will Team Up In 2014-2015

Stephen A. Smith is getting after it early when it comes to his LeBron James predictions. As ESPN’s tweet states, Smith predicted James’ decision once. But is he simply guessing here or does he have inside knowledge of the situation?

His next prediction: Carmelo joins forces with LeBron. http://t.co/Amd88pNtOo

Personally, I’ve had the same feeling for a few years. The minute it became obvious that Carmelo and Knicks were nothing more than a dream idea, it started to make sense. Carmelo cannot carry a team by himself. Similar to how Chris Bosh couldn’t carry the Toronto Raptors by himself. When LeBron and Bosh mapped out their master plan to join Dwyane Wade in Miami, everything changed. 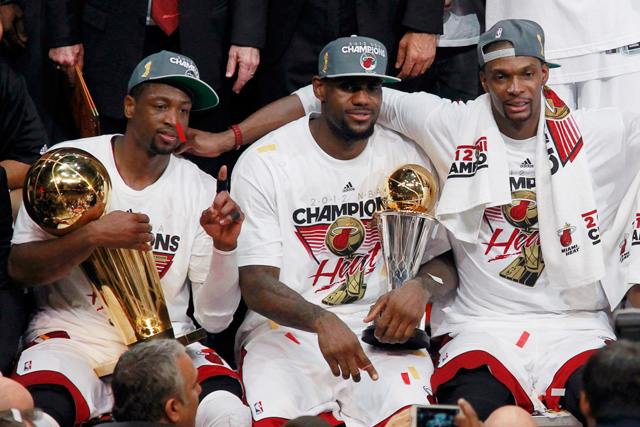 The “Big Three” in Miami changed everything: Photo – brothersonsports.com

Players took notice of the success LeBron, Bosh and Wade had the minute they teamed up. Now, it appears that super stars would rather team up with their buddies and win, versus play alone in a big market. As long as there are owners who are willing to dump all their assets to try and lure a “super group,” we will see more and more “buddy systems” in the NBA.

When it comes to Smith’s idea of Carmelo and LeBron joining forces, where would that take place? Would Carmelo replace Wade in Miami? Would they take on a new challenge in a different market? Perhaps the Los Angeles Lakers? Or the Chicago Bulls? Or dare we say…the Cleveland Cavaliers?! (Ok, not likely) 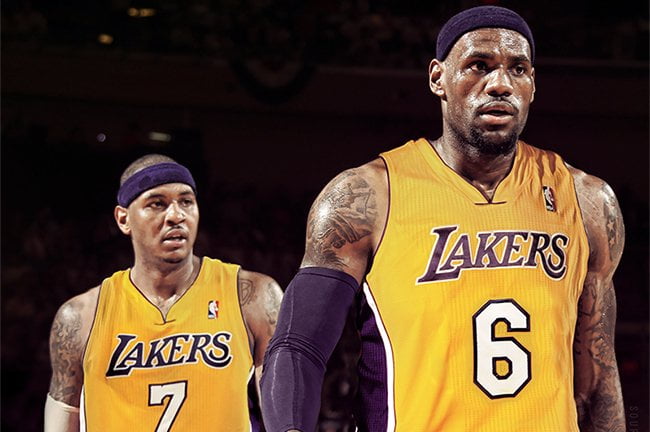 Either way, nothing can be ruled out at this point. LeBron’s every move is about to go under the microscope, specifically if they lose to the San Antonio Spurs in the NBA Finals.

Besides, we are still waiting for ESPN’s Chris Broussard to make eight or nine different LeBron predictions based on his “sources close to the situation.” (Do you want the over or under?)