According to Next Gen Stats, Arizona Cardinals quarterback Kyler Murray was the most consistently explosive ball-carrier in the NFL last season.

Here’s an overview of the 10 ball-carriers, and the main metrics NGS used to determine Murray’s superiority:

Murray averaged 6.2 yards per carry on 133 attempts en route to 819 rushing yards and 11 touchdowns, showing off phenomenal quick-twitch athleticism and becoming a legitimate red-zone weapon with his legs.

The percentage of carries in which Murray reached 15 mph or higher is truly mind-boggling, and it’s a testament to his conditioning, care for his body and the Cardinals’ training staff that he didn’t have any soft tissue injury issues pop up in 2020. 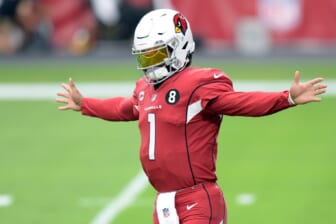 Biggest takeaways from Next Gen Stats’ most explosive NFL runners

J.K. Dobbins had to split carries with Gus Edwards and Mark Ingram as a rookie, but expect the Ohio State product to take on more of a feature back role in Year 2.

Dobbins’ data doesn’t lie — he certainly made the most of his 134 carries in his maiden pro campaign, averaging six yards per tote. Having someone with Jackson’s running ability to deceive defenses at the mesh point on read-option plays makes Dobbins even more dangerous.

As long as Dobbins and Jackson remain healthy for the next few years, Baltimore is going to have a top-flight rushing attack. Dobbins only got about a third of the carries that Henry did, so he’s going to stay fresher and help Jackson avoid as many hits going forward. 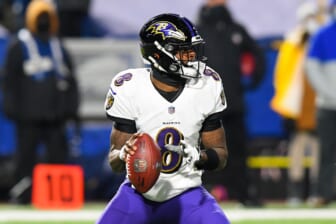 A common perception around the NFL is that the running back position is the least valuable and most replaceable spot on the field. While largely true, there are exceptions, and King Henry is one of them.

It’s obvious how big Henry is, but what’s been so impressive about him is how much he’s worked at his craft since arriving in the NFL. Henry was a Heisman Trophy winner at Alabama who was in a timeshare to start his time with the Titans and had to be patient.

Once Henry was ready to burst onto the scene, though, he seized the opportunity and never looked back. For someone his size, he racks up a ridiculous number of long gains on the ground. He just ran for over 2,000 yards and is still only 27, so until Henry actually shows signs of slowing down, let’s not be so quick to write him off as a flash in the pan.

Nick Chubb might’ve ranked a little higher on Next Gen Stats’ list had he not missed four games last season. Even with that lost chunk of time, Chubb still exceeded 1,000 yards rushing, averaged 5.6 yards per carry and scored 12 touchdowns.

Chubb is more of a patient runner than a home-run hitter. Although he runs behind an excellent offensive line in Cleveland, he’s always created lots of yards after contact. He paces himself, and boasts arguably the best combination of power and endurance in the NFL other than Henry.

That particular set of skills is a big reason why Chubb managed to have the highest rate of 10-plus-yard runs in 2020. He’ll continue to have fresh legs while sharing carries in the Browns backfield with Kareem Hunt, too.

The 2021 season is a big one for the Cardinals and for Murray. If he doesn’t meet expectations, his coach Kliff Kingsbury may be fired, and the front office may undergo an overhaul. It’s tough in the NFC West, and Murray is facing a line up impressive defenses in division play.

But Murray continues to progress as a passer, has a couple new receivers in A.J. Green and Rondale Moore, and is obviously showing how special he can be running the ball.

With a little more progress in Kingsbury’s system, better weapons at his disposal and a chip on his shoulder from missing the playoffs last year, look for Murray to truly ascend among the NFL’s elite QBs this coming year.