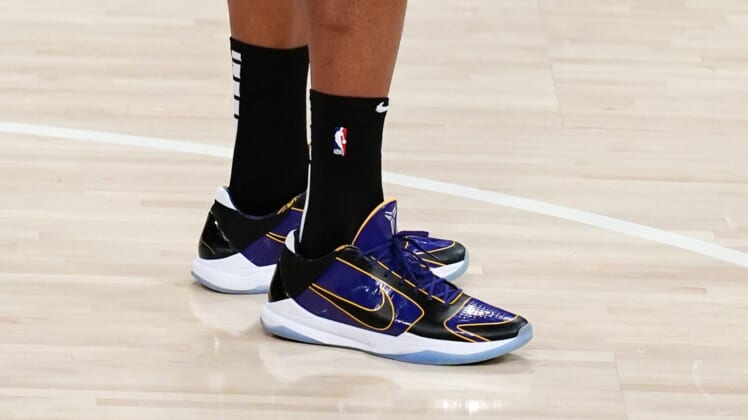 The 18-year partnership between the late Kobe Bryant and Nike came to an end last week as his estate decided against renewing the contract.

“My hope will always be to allow Kobe’s fans to get and wear his products,” Vanessa Bryant said in her statement. “Kobe’s products sell out in seconds. That says everything. I was hoping to forge a lifelong partnership with Nike that reflects my husband’s legacy.”

Said Nike: “Kobe Bryant was an important part of Nike’s deep connection to consumers. He pushed us and made everyone around him better. Though our contractual relationship has ended, he remains a deeply loved member of the Nike family.”

Bryant signed with Nike in 2003 and his five-year, post-retirement extension expired April 13. However, ESPN and Complex reported that Bryant was growing frustrated with the sneaker giant prior to his death and that frustration continued with his estate after his death.

At issue was the limited availability of Kobe’s products during his retirement, and after his death, Kobe’s estate felt Nike’s lifetime offer was not in line with those given to Michael Jordan and LeBron James, per the reports.

Kobe Bryant had been contemplating his own sneaker company called Mamba back in 2019, per the reports. The Kobe Bryant estate owns the rights to the “Mamba” logo, Vanessa Bryant said.

Nike will release more Kobe-branded shoes in 2021 as scheduled, Complex reported. They will be the final with Nike, barring a new deal.