Vanessa Bryant announced in a report on Tuesday that the Kobe Bryant estate won't pursue a lifetime contract with Nike. 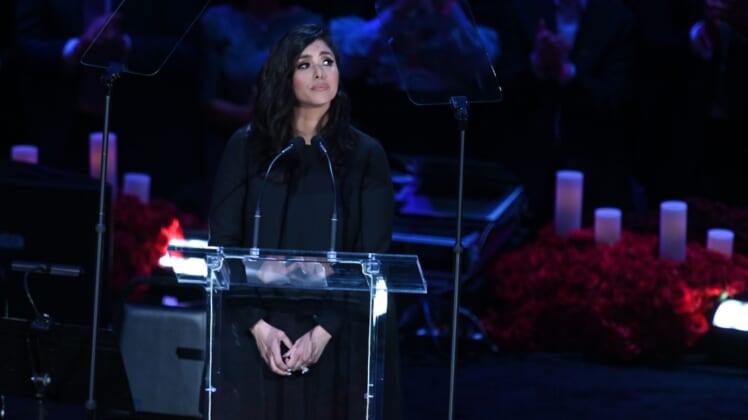 Vanessa Bryant and the Kobe Bryant estate have ended their business partnership with Nike, opting not to renew their contract with the company after it expired on last week.

In an exclusive report by ESPN’s Nick DePaula, Vanessa Bryant explained why the Bryants parted with Nike:

“Kobe and Nike have made some of the most beautiful basketball shoes of all time, worn and adored by fans and athletes in all sports across the globe. It seems fitting that more NBA players wear my husband’s product than any other signature shoe. My hope will always be to allow Kobe’s fans to get and wear his products. […] Kobe’s products sell out in seconds. That says everything. I was hoping to forge a lifelong partnership with Nike that reflects my husband’s legacy. We will always do everything we can to honor Kobe and Gigi’s legacies. That will never change.”

Vanessa Bryant on decision to part ways with Nike

DePaula also reported that Nike offered the Bryant estate a lifetime contract, but essentially the dollar amount wasn’t up to expectations for such a deal, compared to the offers received from the likes of other basketball greats like Michael Jordan and LeBron James.

It’s unclear how the Bryant estate will move forward when it comes to merchandising apparel for the late, great Los Angeles Lakers legend, but prior to his tragic death last January, Kobe Bryant had held meetings with designs to start his own Mamba brand, named after his “Black Mamba” moniker.

The shoe company Bryant intended to start would’ve been owned by players.

DePaula’s sources said, too, that the Bryant estate’s displeasure with Nike stemmed from Kobe’s footwear being less available in children’s sizes than was desired.

Other companies are bound to explore the possibility of bringing the Bryant estate aboard to meet the extremely high product demand Vanessa Bryant alluded to.