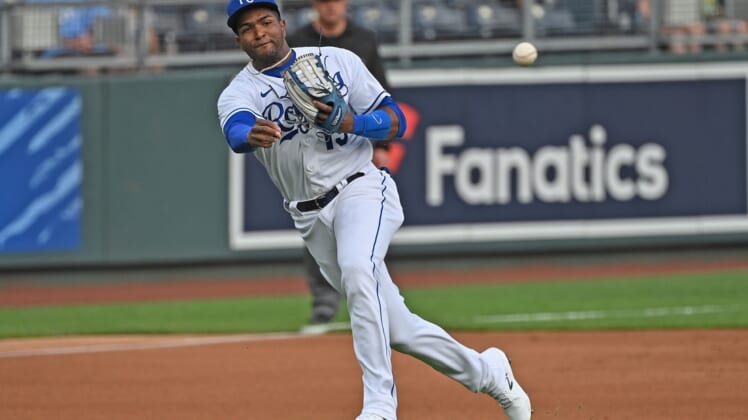 Andrew Benintendi’s two-out RBI single drove in Whit Merrifield with the go-ahead run as the Royals defeated the Milwaukee Brewers 2-0 Tuesday night in the first game of a two-game series in Kansas City.

Brandon Woodruff (2-2) took the hard-luck loss. He had two outs with nobody on in the eighth when he walked Merrifield. Milwaukee manager Craig Counsell came to the mound, but left Woodruff in to face Carlos Santana, whom he hit with a pitch.

Devin Williams gave up Benintendi’s single and then Luis Urias’ second error of the game allowed Santana to score.

Royals starter Kris Bubic allowed just one hit and two walks in six shutout innings. He has faced the Brewers twice in his career, and he has not allowed a run in 11 1/3 innings.

The Brewers have the best road ERA in the majors, and Woodruff is a big part of that. His one earned run brought his total to three in 33 1/3 innings away from American Family Field. For the game, Woodruff gave up just four hits and two walks with four strikeouts in 7 2/3 innings.

Bubic started to show some cracks in the sixth, walking two batters. He retired one of those on a double play, and he got former Royal Lorenzo Cain to fly out to end the inning. Woodruff, who had his bump in the road in the fifth when he allowed three baserunners, also made it through the sixth with no runs allowed. It was Woodruff’s eighth straight quality start.

Woodruff gave up a one-out single to Kelvin Gutierrez, his second hit of the game, but retired Michael A. Taylor on a 6-4-3 double play on the next pitch to retire the side for his seventh scoreless inning until trouble in the eighth.