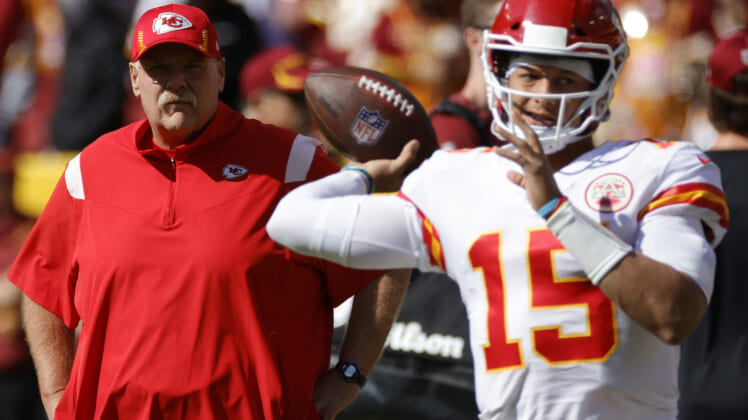 The Kansas City Chiefs decision to trade Tyreek Hill had a domino effect on the NFL with star receivers Deebo Samuel, Terry McLaurin, A.J. Brown and DK Metcalf floated in NFL trade rumors. While it’s very possible at least one of those Pro Bowl weapons is moved during the 2022 NFL Draft, don’t expect the Chiefs to be the team acquiring one.

Kansas City made the call to trade the go-to target of quarterback Patrick Mahomes for a reason. The franchise needed to take a smart approach with its long-term salary cap allocation, meaning it didn’t want to pay a wide receiver with a history of soft-tissue injuries more than $27 million per season.

It wouldn’t necessarily be a problem If the Chiefs made a multi-year investment in a top wideout that was just entering his prime. With so many needs on the roster and concerns about how this team stacks up in the AFC, it seems a blockbuster trade isn’t on the table.

According to NFL.com’s Jeffri Chadiha, a trade for any of the top receivers being mentioned in trade rumors is unlikely. When it comes to acquiring Samuel, McLaurin, Brown or Metcalf, every option is viewed as a distant ‘long shot’ to happen.

Kansas City’s offense would certainly benefit from adding a top-shelf wideout. Metcalf or McLaurin would provide head coach Andy Reid with an outstanding vertical threat to plug into the offense and both players are dangerous after the catch. Likewise, Samuel and Brown could be explosive players on a field with Mahomes and tight end Travis Kelce.

However, all of this comes at a significant cost. Any of these players would likely cost at least a 2022 first-round pick with additional assets potentially required. That might prove to be a problem for Kansas City. 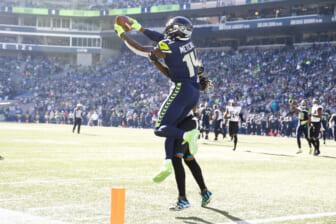 Also Read:
DK Metcalf to the Kansas City Chiefs, how a trade might look

Heading into the NFL Draft, the Chiefs’ defense is in dire need of help. Cornerback, edge rusher and mike linebacker are all weaknesses on the roster right now. Keeping premium picks and using those top-100 selections can help improve the defense, which is necessary to compete for a Super Bowl this year.

The Kansas City Chiefs, like the Green Bay Packers, are in a good position to address their need for a wide receiver. While the 2022 draft class might not have elite talent at the position, it’s incredibly deep with impact weapons available throughout the early rounds. It provides Kansas City with some flexibility on draft night.

Jameson Williams might slide outside the top-10 picks because he is recovering from a torn ACL suffered in the CFP National Championship Game. When healthy, the 6-foot-1 wideout is the best player at his position. He’s practically unguardable deep, flashing the long speed that few even in the NFL can match. He can also turn screens and short passes into long gains. When he is cleared to return, he can be a high-end receiver pretty quickly. Of course, the Chiefs would likely need to trade up into the top-20 for him.

Ignore the NFL comparisons Treylon Burks is receiving to Deebo Samuel, they simply aren’t accurate. With that said, this is a 6-foot-2 weapon that is explosive after the catch and loves to lower his shoulder into defenders to gain extra yards. The Chiefs could use him as a field stretcher or they can put him in the slot, getting him open in space and letting that size and athleticism do the rest.

Jahan Dotson feels like someone the Kansas City Cheifs would love. He fits perfectly into the slot, knowing exactly how to create early separation and can make catches all over the field. While you wouldn’t expect it from his 5-foot-11 frame, Dotson’s catch radius is also among the best in the draft class. Between his ball skills and route-running, he could be a thrilling addition to Kansas City’s passing attack and he’ll be available at the end of Round 1.