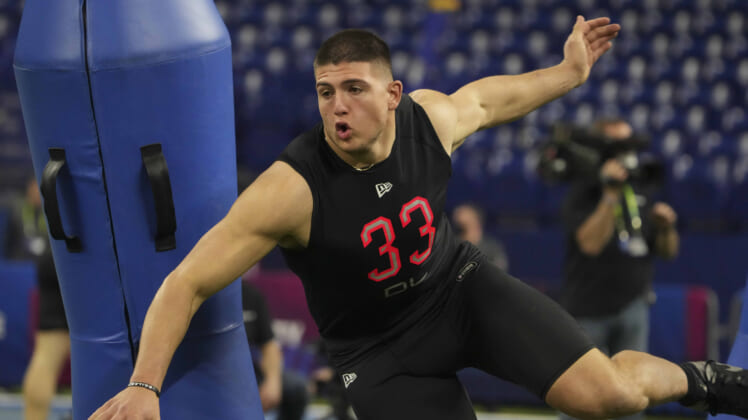 The Kansas City Chiefs are quickly finding out that they will need to pull the reins on the “relentless” playing style of 2022 NFL first-round pick George Karlaftis.

With the thirtieth pick in the opening round of April’s NFL draft, the perennial contender Chiefs selected Purdue EDGE rusher Karlaftis. The 21-year-old did not enter this year’s annual selection event with the same NFL projections as contemporaries like Kayvon Thibodeaux and Aidan Hutchinson. Talented players who are also freak athletes.

However, that doesn’t mean George Karlaftis doesn’t have unique gifts and attributes. One of his most prominent characteristics that showed throughout his tenure at West Lafayette was his motor. The skilled pass rusher has always had nonstop energy and a persistent playing style.

Well, that has quickly become apparent during his short stay under the guidance of the Kansas City Chiefs and head coach Andy Reid. And it seems the coaching staff has had to try and wrangle Karlaftis and teach him the ways of being a professional athlete, as opposed to an amateur looking to land a spot at the next level.

“He goes 100 miles an hour,” Reid recently said about the first-round pick [via ESPN]. “Walk-throughs, everything. We had to slow him down. He moves around well when he’s in space. He’s got good hands, it looks like … but that motor is probably the thing that jumps out at you. He goes and goes.”

While the NFL season is not quite as long as other leagues, it is a grinding marathon nonetheless where players need to avoid injuries to conserve themselves at the right time so they can make it too and peak on game day. Yet, Karlaftis recently explained that he has a very specific style, and being consistent in it has helped to get him to where he is.

“Relentless,” Karlaftis said of his playing style. “I get after the quarterback. I stop the run. I feel like I’m a three‐down player, I’m an all‐around player that can do anything and everything that’s asked of him, so I think I bring that to the table. I feel like I’m very, very consistent. I feel like my best football is ahead of me.”

Karlaftis will have to find that sweet spot between relentless and measured so he can give the Chiefs the best version of him the most often. 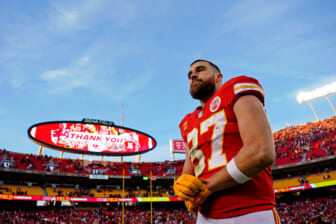