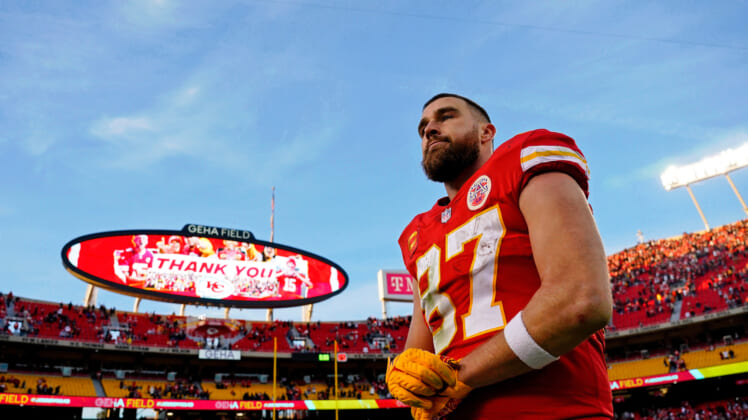 Kansas City Chiefs superstar tight end Travis Kelce knows he is not paid on a level equal to his production, and he doesn’t have a problem with it as long as the team is winning.

Travis Kelce is not only the best tight end in the NFL, he is among the elite receivers at any position in the league. During his nine seasons, he has been a Pro Bowler seven times and awarded All-Pro honors on three occasions. Over the last six years, he has had 1,000-yard receiving seasons every year. In three of those, he racked up 1,200 yards or more. Absurd numbers for the position even in a passing heavy era in the league.

Despite stats that are equal with elite wide receivers, Kelce is only set to average around $14 million annually through 2025. It is a surprising amount considering his production. It’s so startling that his San Francisco 49ers counterpart George Kittle called his salary mind-boggling during a Sunday conversation with Pro Football Focus.

“I mean Travis Kelce, six seasons in a row, 1000 yards. I’m pretty sure he has the most receiving yards over any wide receiver, skill position in the last six years,” Kittle said. “He gets paid half of what a wide receiver makes, which just boggles my mind. I mean, to me, Travis Kelce, he’s been doing it for so long and at such a high level. And he doesn’t have an off game. I think he has one bad game a year, and it’s just because he’s getting triple-teamed.”

However, it seems Kelce’s decision to sign a new four-year, $57 million contract in 2020 for a bargain bin rate was quite purposeful.

Kittle’s comments made their way back to the star TE and he admitted he knows he isn’t compensated on the level he probably should be, based on current market rates. But in the end, at 32 his goal is to progress his Kansas City Chiefs legacy of winning and not stack up cash during the back half of his career.

“I appreciate Kittle saying that,” Kelce said Friday. “That’s my guy and he always wants to see every tight end get paid as much as their production is. But at the same time, I signed my contract understanding what I had. I put a lot into this, man. Money, in my mind, is almost secondary at this point in my career. I’m here for the legacy, and I’m here to try and make the Kansas City Chiefs the best team possible. So that’s my main focus. That’s why I’m here.” 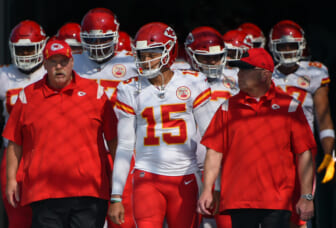 Kelce’s base salary in 2022 is only $6.5 million. He is set to make $42.4 million over the following three seasons if his deal doesn’t get restructured.