Kansas City Chiefs Patrick Mahomes on Black QB criticism: ‘We’ve had to battle to be in this position’

While the NFL today has many starting QBs of color, that wasn’t always the case. For decades, Black quarterbacks were followed by the stigma of being better athletes than pass-throwing decision-makers. It is a stigma gifted QBs like Donovan McNabb and Mahomes have shattered. However, that idea was thrust back into the limelight this week when it was reported that Kyler Murray’s new contract extension included a clause that required him to dedicate more time to film study.

It was a contract addendum that had many NFL experts questioning if the same would have been given to a White signal caller. The topic was brought up during Mahomes’ post-practice media scrum, and it led to the four-time Pro Bowler delving into his belief that Black QBs receive certain criticisms that their White counterparts don’t.

Kansas City Chiefs Patrick Mahomes: ‘It’s weird when you see guys like me, Lamar, and Kyler get that on them when other guys don’t’

Mahomes admitted the opinions of his critics aren’t a concern to him, however, he still feels the pressure to prove himself each week. A pressure he says every NFL QB feels, no matter their color, and all the way up from a rookie to legends like Tom Brady.

“You always feel like you have more to prove,” said Mahomes. “I promise Tom Brady is feeling like he has more to prove. That comes with any sport, any competitor. If you’re not getting better, you’re getting worse. They build you up to tear you down. You’ve got to kind of know that. For me, it’s all about how I can make myself better, not what other people say. How can I make myself better so that we go out there and play football games? At the end of the day, nothing matters until you’re on that football field playing and that’s where you get to prove who you are every single day.'” 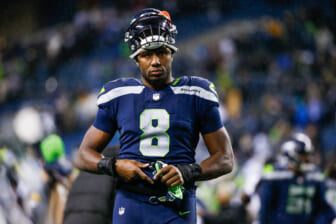 Mahomes has been a Pro Bowler in every year of his career and won the 2018 NFL MVP award in his debut season. He then led the Kansas City Chiefs to a Super Bowl title the following year.