Juan Soto trade to the New York Mets, how it might work and projected contract extension 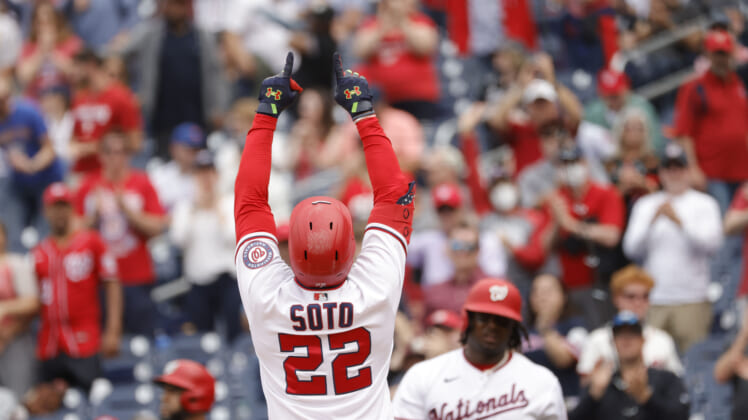 Washington Nationals star Juan Soto is being floated in MLB trade rumors after rejecting a historic contract extension from the franchise. With one of the best players in MLB on the trade block, it comes as no surprise that the New York Mets are interested in a blockbuster deal.

Acquiring the All-Star outfielder will be a challenge. For one thing, the Nationals’ president of baseball operations, Mike Rizzo, will likely require more from a divisional opponent. There is also going to be significant competition for the reigning Home Run Derby champion, driving up the asking price more.

Players of this caliber aren’t supposed to become available for trade, especially with 2.5 years of contract control remaining. Soto is already on pace to be a Hall of Famer and he is a perennial NL MVP candidate.

Keeping that in mind, let’s examine what it might cost the New York Mets to land Soto and how much it could take to sign him to a long-term deal.

What a Juan Soto trade might cost the New York Mets

If the Nationals are even going to entertain the idea of trading a once-in-a-generation talent to an NL East rival, it requires several compromises. First, owner Steven Cohen must eat the Patrick Corbin contract. That’s an expensive ask, considering Corbin would be rotation depth and is owed $49 million from 2023-’24, but it’s necessary to acquire a superstar.

New York must be willing to mortgage a significant amount of its future. While many of the Mets top prospects are generating a lot of hype, the hit rate on unproven talent isn’t especially high. For every Pete Alonso and Andres Gimenez, there is a Shervyen Newton, Simeon Woods Richardson and Dominic Smith. Even if New York’s best talent in the minor leagues reaches its highest ceiling, they aren’t as good as Soto.

Washington needs talent that is both MLB-ready and potential cornerstones it can build a more well-rounded team around. While there are a few teams with better farm systems, there is a path for the Mets to at least put a competitive offer on the table.

Looking at this deal from the Nationals’ perspective, it’s attractive for a few reasons. First, Francisco Alvarez is showing all the talent to be a perennial All-Star catcher. While this deal would come just a year after Keibert Ruiz landed in Washington, Alvarez offers more upside and could function as a designated hitter. At the very least, he’s a player capable of 30-plus homers to plug into the Nationals’ lineup. 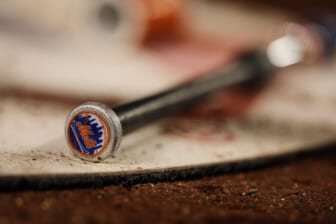 Brett Baty is also likely just a year away from his MLB debut, providing the Nationals with a potential long-term replacement at first base after a Josh Bell trade. He’s the caliber of hitter who could plug into the middle of the order for four-plus years. Ronny Mauricio and Alex Ramirez are top-80 prospects with upside, strengthening Washington’s farm system. Finally, David Peterson adds an intriguing southpaw to the Nationals’ rotation who is under team control through 2025.

It would certainly be a significant price for the Mets to pay. However, it’s done with the belief that Cohen is willing to sign Juan Soto to whatever his asking price is on a long-term deal. If that can be secured, odds are this trade works out in New York’s favor.

There’s a reason Soto and agent Scott Boras rejected the offer they received. While it was significantly better than the proposals Washington made before the season, it still fell short of the targets the agent and star outfielder have in mind.

It’s already been made clear that Soto wants to be the first MLB player to sign a $500 million contract and the Nationals knew that long before negotiations broke down. So, that’s the figure Cohen and the Mets’ front office must be comfortable with meeting.

New York made Max Scherzer the highest-paid player in MLB history, providing him with a $43.33 million AAV. It’s certainly a goal Soto wants to meet, but reaching the $500 million total value and blowing past the highest paid everyday player (Mike Trout) are necessities.

A 15-year deal certainly would help reach that figure, but Washington learned that cutting away at the AAV significantly diminished the interest in an extension. So, a deal with fewer years and a significantly higher annual salary is required.

New York obviously wants Soto to be the face of its franchise, bringing in fans to Citi Field and being remembered for his heroics in a Mets’ uniform if he’s elected into the Hall of Fame. Boras and his clients are more than willing to sign deals of 10-plus years as long as it secures their financial objectives.

Keeping that in mind, the Mets could propose a 13-year deal. Soto would play out the season on his current deal, with the new contract replacing his final years of arbitration and carrying him through his age-36 season. At a $40 million AAV, he would set the new mark for MLB salaries and accomplish his goals all while playing in a big market for a contender.