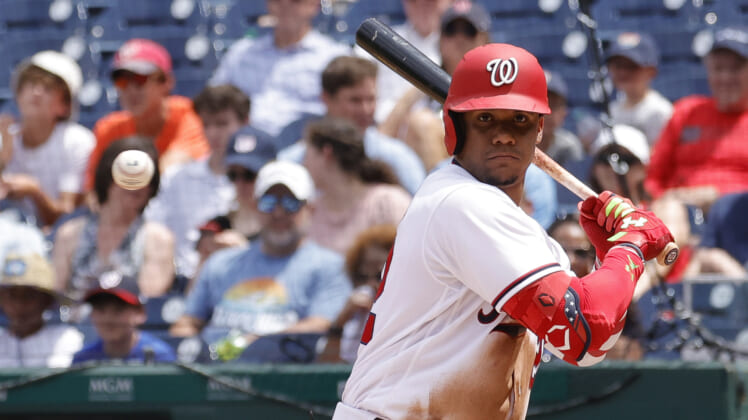 Washington Nationals All-Star Juan Soto is reportedly now on the trade block after the five-time veteran turned down a massive and historic 15-year contract offer from the team.

On Saturday, The Athletic’s MLB insider Ken Rosenthal broke the news of an apparent schism between team Soto and the Nationals after the catcher passed on a contract offer that would have made him the highest-paid player in MLB.

Rosenthal reported that the 23-year-old star turned down a 15-year, $440 million contract from the Nationals. The deal is allegedly the third the team has made to him in recent months and included no differed money. This would be a major departure from the recent huge contracts the team gave to pitchers Stephen Strasburg and Max Scherzer in recent years.

While the “average salary of $29.33 million” in the deal would have only put him around 20 in the current annual money pecking order in the league, the total payment would have exceeded the absurd $426.5 contract the Los Angeles Angels gave Mike Trout in 2019.

The report explains that Soto is set to become a free agent in two seasons and that his agent, the infamous Scott Boras, prefers his clients to set their value on the open market. And that team Soto could be in search of a wild half-billion dollar contract in free agency.

Well, with the two-time All-Star unwilling to accept the biggest contract in baseball currently, the Nationals have reportedly seen no other option but to start hearing trade proposals from rival teams on the gifted catcher. 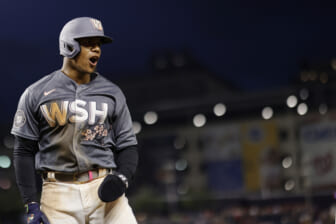 Juan Soto earned All-Star honors for a second straight season in 2022. He is hitting .247 with a .895 OPS through the first half of the season. He has also cracked 19 home runs and knocked in 42 RBIs.