At the conclusion of the WNBA’s final week prior to the All-Star/Olympic break, Jonquel Jones of the Connecticut Sun and Brittney Griner of the Phoenix Mercury have been named WNBA Players of the Week for their respective conferences.

In two games, Jones averaged 20.5 points, 16.5 rebounds and 3.5 assists, with the Connecticut Sun winning both games. She is not only putting herself in the conversation for WNBA MVP — she has her team in contention for their first WNBA championship in franchise history.

Jones ranks second in the WNBA in points, leads in rebounds and is eighth in steals. She is the only player to rank in the top 10 in all three categories. She is also the only player averaging 20 points and 10 rebounds while shooting 50% from the field and 40% from 3-point range, too. 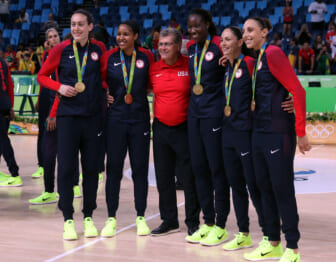 In three games, Brittney Griner averaged 26.0 points, 11.3 rebounds, 3.3 assists and 1.7 blocks, with the Mercury finishing with a 2-1 record. That stretch included wins over the two teams with the best record in the WNBA (Las Vegas Aces and Seattle Storm), as Griner went for a combined 62 points and 25 rebounds in both games.

The Phoenix Mercury saw their fair share of struggles in the first half of the season with the injury of their star guard Diana Taurasi playing a huge role. However, Griner helped keep the team afloat with a phenomenal individual effort.

During Taurasi’s nine-game absence, Griner averaged 22.4 points on 63% shooting, 11.1 rebounds, and 2.0 blocks. This season, she ranks in the top five in points and rebounds while leading the WNBA in blocks. 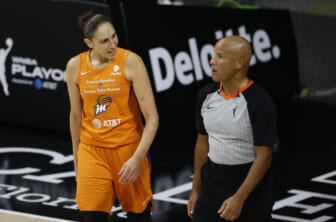