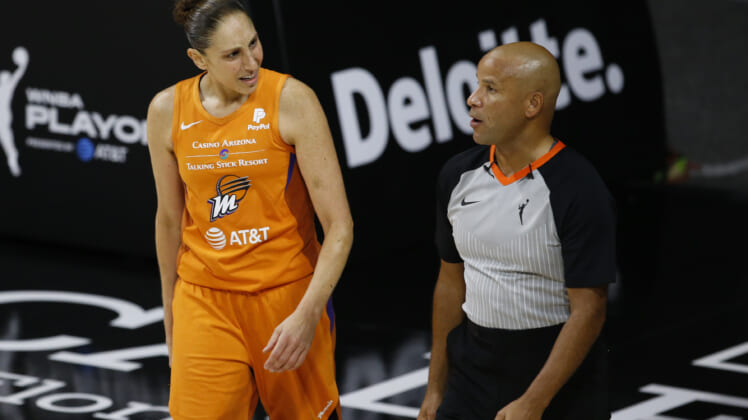 After missing the last nine games with a chest injury, Diana Taurasi returned to the lineup Sunday en route to leading the Phoenix Mercury to a 88-79 win over the Los Angeles Sparks.

Coming off a season-high four-game losing streak, the Mercury have now won each of their last two games with both coming against the Sparks — improving their record to 7-7. Meanwhile, the Sparks have now lost three of their last four games while dropping to 6-8 on the campaign.

Diana Taurasi did not miss a beat, scoring 25 points in her return while connecting on four three-pointers and adding four rebounds and three assists. In the first quarter of the game, Diana Taurasi became the first player in WNBA history to ever score 9,000 career points.

Despite the Sparks shooting a much better percentage from the field in the first quarter, the Mercury were able to keep the game close by getting to and converting from the free throw line. The Sparks took a 26-24 lead into the second quarter with Erics Wheeler and Te’a Cooper combining for 17 of their points.

With the game tied 40-40 with 1:29 remaining in the first half, the Mercury scored seven straight points on their way to taking a four-point lead at the half. 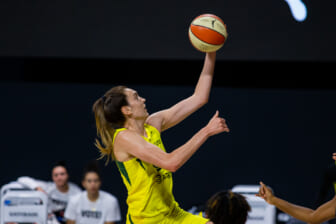