According to multiple reports, Cleveland Browns quarterback Johnny Manziel was involved in a spat with an 18-year-old man during the Byron Nelson Classic in Texas on Saturday.

Details regarding the situation vary.

A report late Sunday morning by TMZ indicated that Manziel got into a fight with a friend at the Byron Nelson Classic in Irving, TX. on Saturday.

“Johnny and a group of friends were leaving the Byron Nelson Golf Classic in Irving, Texas, near Dallas, when he got into an argument with a guy in his group. The eyewitness tells TMZ Sports, the guys were yelling at each other when Johnny threw a water bottle “really hard” at the guy, but missed.”

The friend then apparently screamed, “Nice throw, Johnny,” which prompted the much-maligned quarterback to charge at him. 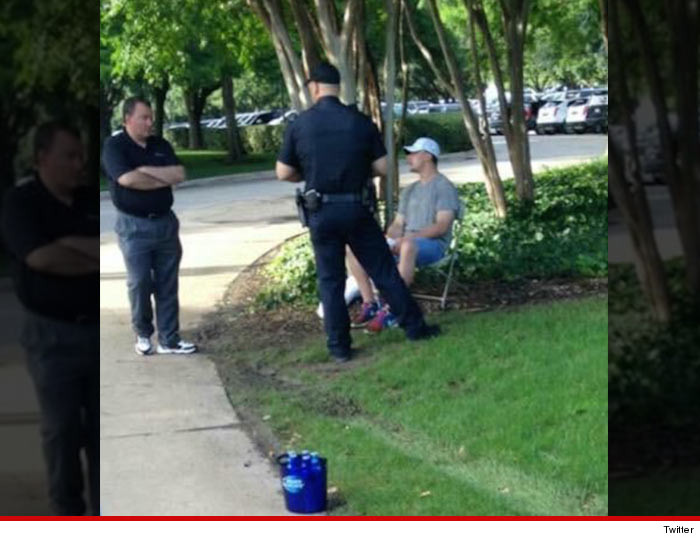 The agent indicated that Manziel was being harassed by a fan, not a friend, at the golf tournament. He then sought out security officers to resolve the situation. That’s why he was seen talking with police officers, at least according to Burkhardt.

No matter what version is true, it appears that no one was arrested and the situation resolved itself.

Every time we hear about off-field situations relating to Manziel, it’s going to be big news. His past actions are a primary reason for this. However, it’s best to reserve judgement here. There are too many different stories floating around to draw any type of conclusion.

The one thing we do know is that the Irving Police Department indicated Manziel showed no signs of intoxication. At the very least, that’s a positive.

We will update this story as more information becomes available.