Jim Fassel Hints the NFL Could Be Planning a ‘Spring League’ 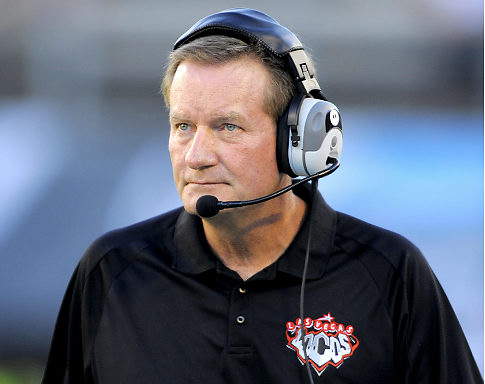 The NFL has long attempted to establish a developmental league, but since the failure of NFL Europe there hasn’t been a replacement.

During an interview with SiriusXM NFL Radio, Fassel dropped this bombshell:

Little bit of breaking news from Jim Fassel. "Don't be surprised if there was a very good spring league opening next year in the NFL"

The NFL desperately needs a platform where young players can learn the pro game. The way the league is set up now, under the new CBA, snaps are extremely limited and teams cannot give developing prospects the time they deserve.

Given the overwhelming flood that leaves the college ranks every single year, there are certainly enough talented young men to fill a league with eight to 12 teams.

Of course, the league will only put a developmental league together if there is profit in the venture. With so much year-round hype surrounding football these days, though, it seems like there would be a profitable way to make it happen.

The benefit of a “spring league” isn’t hard to imagine.

More than just developing players, though, the league would open up opportunities for young coaches, trainers and personnel men to earn their chops. The NFL as a whole would certainly see an upswing in talent, which benefits the bottom line.

All this conjecture means nothing if Fassell is just blowing smoke. Being the plugged-in NFL man he is, however, there’s likely substance behind his comment. He was a driving force behind the UFL a handful of years back and is passionate about coaching up young players.