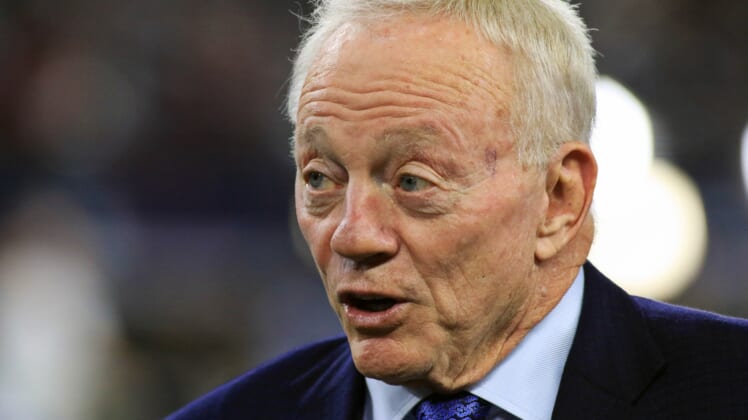 Just minutes after doing a press conference to announce a new long-term deal with linebacker Jaylon Smith, Jones spoke about the Elliott situation.

Addressing the report that Rocky Arceneaux, Elliott’s agent, said his joke was “disrespectful” to Elliott, Jones fired back:

This somewhat mirrors other recent comments made by Jones about the Elliott contract situation in which he said, “I went to bat for you.”

Seemingly, Jones feels Elliott should be more grateful about the way the ‘Boys have supported him during his off-field issues, which included a suspension.

Whether that plays well as it relates to the long-term relationship between the two sides remains to be seen.