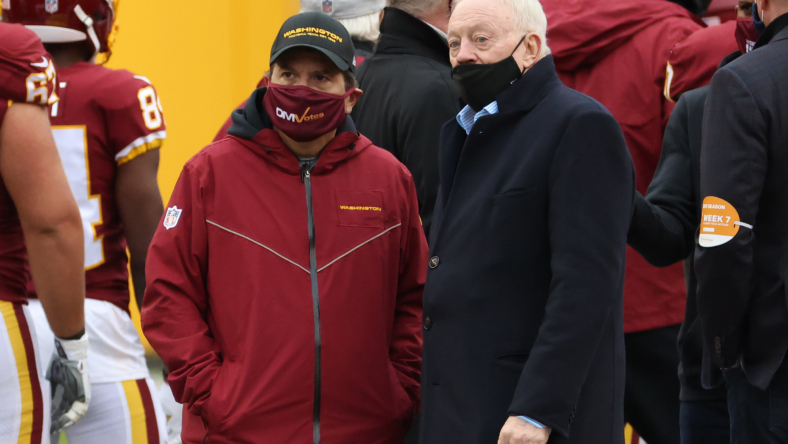 While Washington Commanders owner Daniel Snyder is staring down the possibility of removal from the NFL, close friend Jerry Jones doesn’t believe there is any reason to kick Snyder out of the NFL.

As the Commanders’ owner faces investigations for sexual harassment, financial misconduct and inappropriate behavior from both the NFL and Congress, there are growing calls for his removal. Jim Irsay, the owner of the Indianapolis Colts, told reporters this week during the NFL league meetings that there are grounds for Snyder’s removal.

It’s a sentiment that many of Irsay’s peers reportedly feel. While the NFL wants to avoid the unprecedented scenario of voting an owner out of the league – 24-of-32 owners must approve the move – it has been discussed. However, one of the league’s most prominent figures is backing Snyder and pushing back strongly against his removal.

Jones and Snyder have had a close relationship for years. While their respective teams are rivals in the NFC East, they’ve worked together on a variety of common interests to help increase NFL revenue and regularly back each other when there is division among the ownership ranks. While on Van Natta Jr., Seth Wickersham and Tisha Thompson of ESPN hinted that Snyder is collecting dirt on each of his peers in preparation for being forced out, his relationship with the COwboys’ owner remains strong.

During an interview on 105.3 The Fan, Jones defended Snyder against the litany of allegations he is facing and said there is no hard evidence to suggest he did anything wrong. It’s why he continues to back Snyder and it is not out of some sense of obligation to a fellow NFL team owner, as some suggested.

“Not at all. Not at all. I’m just not aware of the kind of issues. I hear the media speculation, but that’s all I hear. That’s not supported by tangible facts. Those are being presented and being looked at and I’m sure there’s other things, but you could do those things on any subject matter. But I’m not aware of anything myself that rises to the level that is being speculated, whether or not he’s with the Washington team or not.” 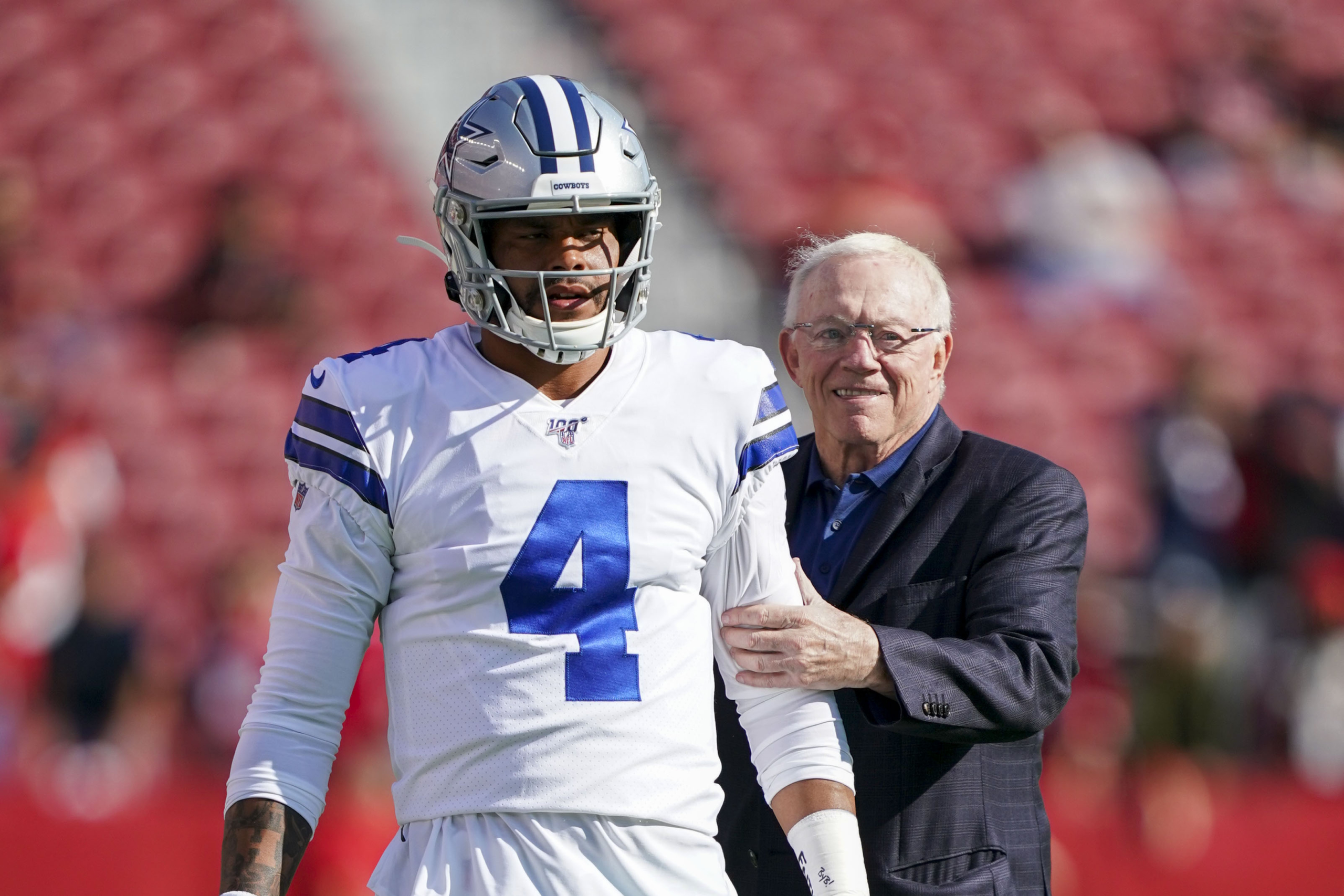 It doesn’t come as a surprise that Jones is backing Snyder and questioning the validity of the allegations against him. However, The Washington Post reported Monday that the office of D.C. Attorney General Karl A. Racine and enough evidence was found to take action against Snyder, the Commanders and the NFL.

ESPN’s previous reporting on the situation is also an important thing to consider. Snyder is accused of groping a former team employee on his plane and trying to remove her clothes. He later settled with the woman, who testified before the House Oversight Committee, but the team said an internal investigation found the accusations “meritless.”

ESPN also reported that Snyder has privately asked Jones to support him and help persuade fellow owners that he shouldn’t be removed from the NFL. While the face of the Cowboys’ organization is still backing Snyder, he reportedly told him previously that he might not be able to do it for much longer.

Jones does have some influence over some of his peers, but the severity and number of allegations against Snyder could be too much to overcome. If that’s the case, Jones will have to choose between personal feelings and business interests, with his history of decision-making showing that will be a quick decision and it would come at Snyder’s expense.