The Washington Commanders already have the US House of Representatives and the NFL looking into how they run their organization. After Tuesday, the Federal Trade Commission may join the list of powerful organizations investigating the football franchise.

The Commanders have been dealing with a plethora of scandals and serious investigations over the last few years. Despite believing they were beyond the 2020 examination into workplace sexual misconduct that landed them a $10 million fine, new claims were made earlier this year that have led to a new round of investigations.

First, Congress jumped headfirst into the situation after the recent allegations left many questions about how good of a job the league did when they looked into the matter several years ago. Drawing the ire of the government forced the league to start a second investigation to make amends for the apparent shortcomings in their results in 2020.

Washington Commanders may soon be investigated by FTC

However, last month it was revealed by the Washington Post that while looking at the organization’s handling of allegations of sexual misconduct, the House Committee on Oversight and Reform also found some “financial improprieties” in the team’s recent history that made them expand their examination beyond the original purpose.

On Tuesday, the Associated Press reported more on the details of those financial findings and the news that the committee has officially sent a letter to the FTC to inform them of the evidence they have of possible unlawful financial misconduct. 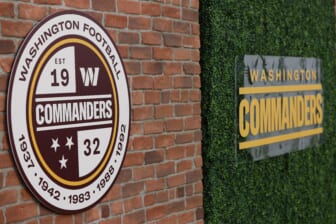 Lawyers representing over 40 employees interviewed by the committee claimed the evidence was “damning” in a separate statement released Tuesday.

“It’s clear that the team’s misconduct goes well beyond the sexual harassment and abuse of employees already documented and has also impacted the bottom line of the NFL, other NFL owners, and the team’s fans,” Lawyers Lisa Banks and Debra Katz said in the statement. “We are proud of our many clients who have come forward at great personal risk to reveal the truth and bring us closer to total transparency about the full extent of the dysfunction at the Washington Commanders.”

During the recent yearly league meetings, NFL commissioner Roger Goodell claimed that Snyder’s wife Tanya was still in a leadership role for the team after her husband stepped down from the position following the 2020 fine. However, a new report from the Washington Times claims Daniel had been back in his role spearheading the franchise and was a key player in their recent acquisition of quarterback Carson Wentz.