Dallas Cowboys owner Jerry Jones and his counterpart with the Washington Commanders, Daniel Snyder, have been doing battle in the NFC East for the better part of the quarter-century.

Despite this on-field rivalry, the two are seen as friends. Jones admits such in a recent interview with USA Today in which he discusses the ongoing drama surrounding Mr. Snyder.

The interview with USA Today was part of a broader conversation in which Jones also discussed an ESPN report indicating that Snyder has a file on him in case the Cowboys’ owner turns on his counterpart in ongoing investigations into wrongdoing on the part of the Commanders’ owner.

“I really haven’t felt like Dan would do that or go that far, relative to me, because we are friends,” Jones told Jarrett Bell of USA Today.

An ESPN report in October claims that Snyder told a fellow owner that “Jones is only out to get in your pocket. He’ll sell you down the river. You can’t trust him.” This same report indicated that Snyder had a file on multiple owners to use as leverage in case they turn against him.

Likely set to sell the Commanders at some point soon, Snyder has been in the news for all the wrong reasons over the past several years. It started with an NFL investigation into workplace misconduct allegations levied against the embattled owner and his organization. That investigation resulted in a fine and Snyder stepping away from his role as the day-to-day head of the organization.

More recently, authorities in D.C. are suing him for financial wrongdoings. That includes allegations of withholding ticket revenue from other owners. This seemed to lead some owners in the direction of forcing Snyder out of his role.

As for Jones and his Cowboys, they head into Monday night’s NFL Wild Card Game against the Tampa Bay Buccaneers coming off an ugly regular season finale loss to the Commanders. Going up against Bucs quarterback Tom Brady on the road isn’t ideal. That’s magnified by the Cowboys’ playoff futility since the mid 1990s. Jones spoke on this, too.

“I can tell you the story of every one of those disappointing years. I can go back and pick about four of those years that we had the goods to be there, but for whatever reason, we weren’t.

The motivation is here and we created the motivation in what we do in presenting the Cowboys. We write a check with our mouth that our butt has to cover. Or should cover.”

Dallas has not advanced past the divisional round since winning the Super Bowl after the 1995 season. They have a 4-11 playoff record in that span.

The Cowboys’ most-recent playoff failure came in the NFC Wild Card Playoffs at home against the San Francisco 49ers last season. Dallas fell down early in that one, then made a game of in the fourth quarter before losing, 23-17.

An ill-advised called run for Dak Prescott with zero timeouts remaining late in the fourth quarter led to time running out and the Cowboys going home for the winter. Despite this, Jones doesn’t want to buy into the narrative that head coach Mike McCarthy is coaching for his job in this year’s playoffs. 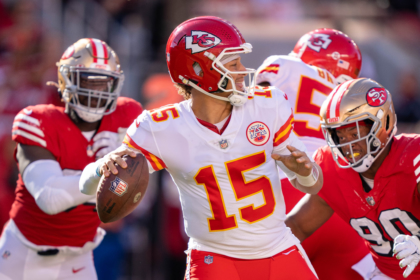 A recent report indicated that Jones will look to bring in new blood on the sidelines should the Cowboys suffer another premature playoff exit. Jones touched on that while indicating that one playoff game will not make or break McCarthy’s tenure in Big D.

“No. I don’t even want to … No. That’s it. I don’t need to go into all the pluses or minuses. I’ve got a lot more to evaluate Mike McCarthy on than this playoff game,” Jones said earlier in the week.