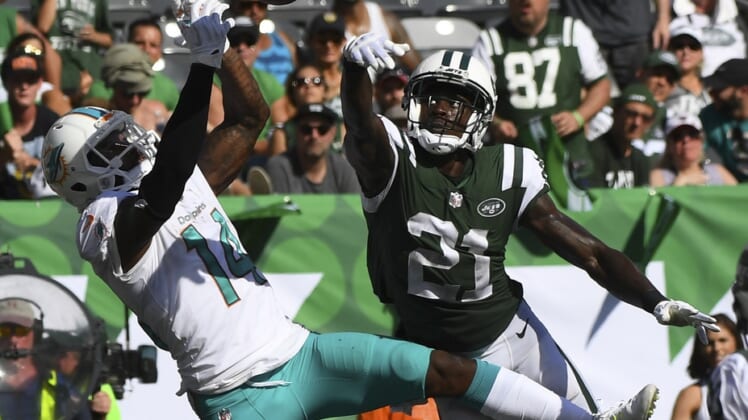 The Miami Dolphins are trying to decide what Jarvis Landry is worth, and the impending free agent isn’t happy about how the franchise has handled the process.

According to Barry Jackson of the Miami Herald, Landry said he understands that the NFL is a business but is frustrated with the front office.

“I feel like in the NFL, they preach loyalty and family and they have none for you. As a player, you see it’s not a family during negotiations, how it becomes them versus me or me versus them. That’s part of the NFL I believe the fans don’t see.”

No player has grabbed more passes in the first four years of his career than Landry, who has pulled in 400.

Strictly based on that, it would seem Landry deserves to be one of the highest-paid receivers. However, the Dolphins have a semi-decent argument that most of his production happens because of quick-hitting passes near the line of scrimmage.

Additionally, Landry is dealing with a perception that he doesn’t pay close attention to every little detail. Regardless of whether that’s fair, no team wants to have a big-money star player who occasionally ignores the coaching staff.

Jackson notes Damarius Bilbo, Landry’s agent, said the receiver’s side presented a counter offer to the Dolphins in mid-December but haven’t heard back.

This negotiation probably won’t be ending soon, and it might get a little ugly.