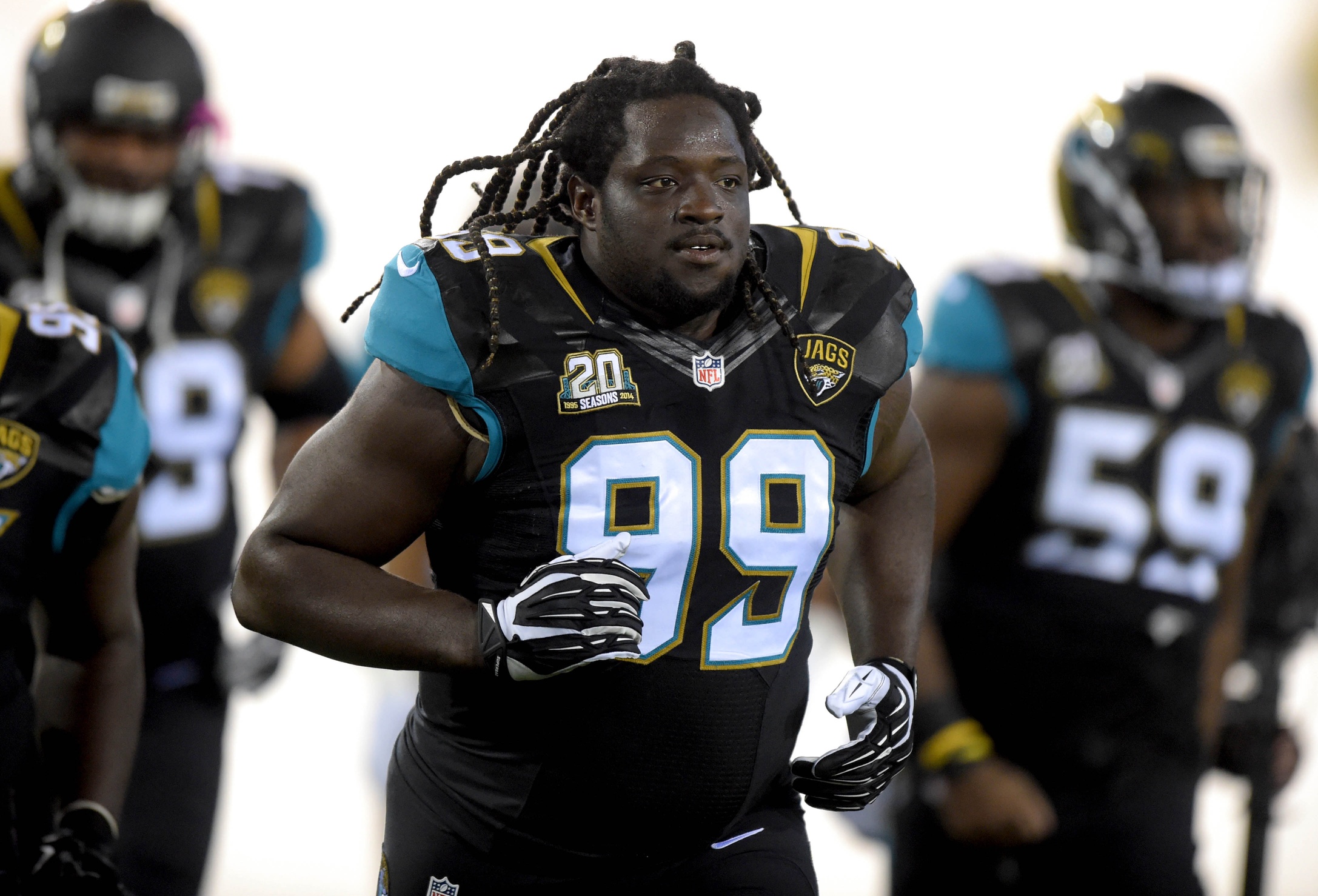 Jacksonville Jaguars defensive tackle Sen’Derrick Marks probably didn’t make many friends with those in the NFL’s office in New York City with his recent comments about Michael Sam. He also provided some controversial comments regarding the league’s hiring of Sarah Thomas to be the first female official.

Speaking to TMZ, the former second-round pick had these interesting comments to share (h/t Jacksonville.com).

It’s just like the Michael Sam situation – if he wasn’t gay, he would have gone undrafted,’’ Marks said. “Instead, the league drafts him because I think they are trying to monopolize every aspect of the world..the same thing with a female ref. For the league, it’s great publicity. The NFL is all about monopolizing every opportunity.”

Talk about a hot take.

Sam was the 2013 SEC Defensive Player of the Year. He was considered a mid-round pick prior to coming out before the draft. As the first openly gay player drafted into the NFL, there are some who believe he fell to the seventh round due in large part to his sexual orientation. However, Sam’s NFL Scouting Combine performance in Indiana in the lead up to the draft also played a major role. With all that said, there aren’t many who believe he would have actually gone undrafted if he had not come out. That’s a new theory.

Sam is out of the league after being released by the St. Louis Rams prior to the start of the regular season last summer. And after latching on with the Dallas Cowboys’ practice squad, he hasn’t seen a NFL roster since. The former Missouri standout took part in the first ever veteran combine last month, but failed to impress there.

As it relates to the league’s hiring of Sarah Thomas as its first female official, I am not sure how Marks can correlate the two. First off, it shows a certain level of ignorance to combine these situations into one when commenting on the hiring. Secondly, Thomas wouldn’t have been hired if she was going to be a negative influence on the outcome of games. She has to know what she’s doing, otherwise the league wouldn’t have considered the move.

For women, it’s great,’’ the defensive tackle said. “Ain’t nothing wrong with it, especially as long as she knows what she’s doing.”

We are pretty sure she does, Sen’Derrick.