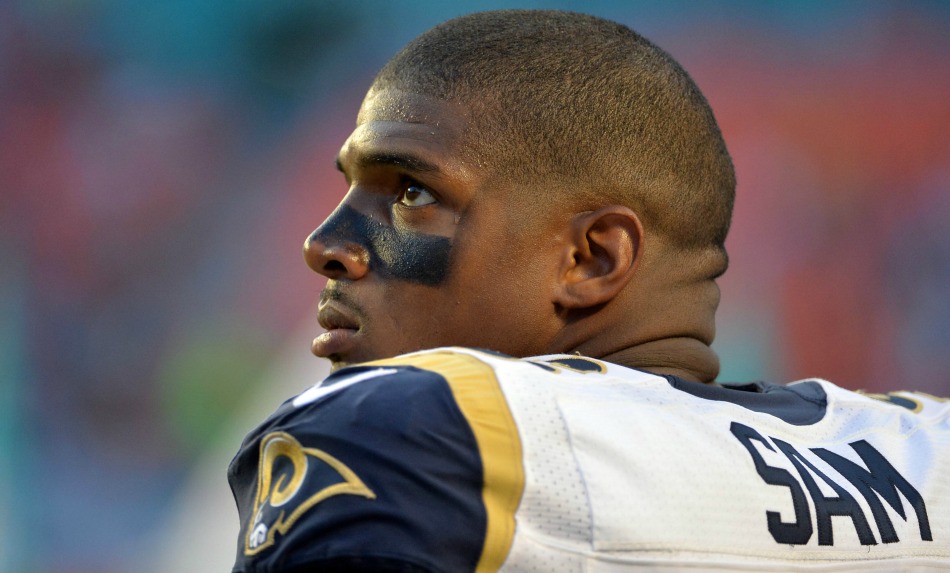 After a disappointing showing at the NFL Scouting Combine a year ago led to defensive end Michael Sam dropping all the way to Round 7 before the St. Louis Rams took a flyer on him, he spent his entire rookie season on practice squads—first the Rams, and then the Dallas Cowboys.

Now Sam is looking to bounce back and impress an NFL team into giving him a shot. But according to the 40-yard dash times he posted at the NFL Veteran Combine, he might scare all teams away.

Those times are slower than the 4.91-second 40 he posted at the rookie combine. He appears to be in shape, coming in at nearly the same weight as a year ago. But not being fast enough is likely a reason teams shied away from the 6’2″, 260-pound end in the first place, and showing up slower than he was before is not good.

Michael Sam out here running a slower 40 than I do.

Although it’s not clear whether he’s scared off all 32 NFL teams, it’s certainly not a good start to his second interview.