The two-time Pro Bowl selection signed a one-year, $9.4 million deal with the Colts in May after eight seasons with the Kansas City Chiefs.

Fisher, 30, was placed on the physically unable to perform list on July 25 as he continues to recover from January surgery to repair a torn Achilles. 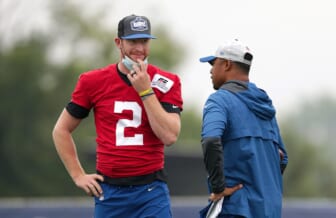 Fisher made 15 starts during the 2020 regular season. He caught a 2-yard touchdown pass from Patrick Mahomes in the fourth quarter of a 34-20 win at the Baltimore Ravens in Week 3.

He made the Pro Bowl in 2018 and 2020 and helped the Chiefs win Super Bowl LIV. He missed Super Bowl LV after tearing his Achilles in the AFC Championship Game win against the Buffalo Bills in January.

The Chiefs released Fisher in a cost-cutting move in March.