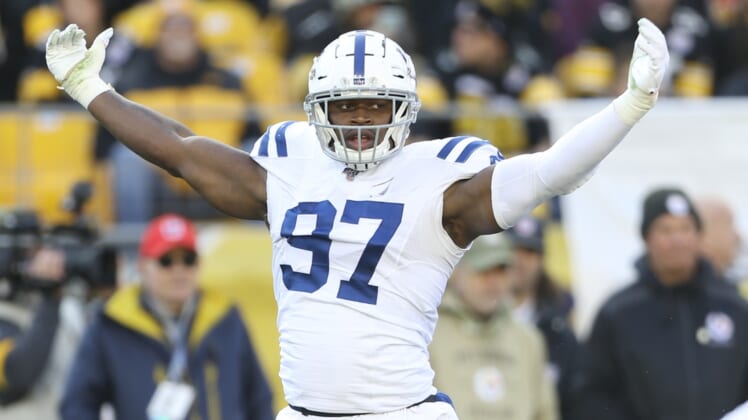 The Indianapolis Colts have agreed to re-sign defensive end Al-Quadin Muhammad, as the team continues to retain many of their own free agents this offseason.

Muhammad’s agent Drew Rosenhaus told several outlets Wednesday that Muhammad agreed to a one-year deal worth up to $3.4 million for next season, which would be his fourth with the team.

The five-year veteran, who turned 26 on Sunday, has never been a regular starter but has been part of the Colts’ defensive line rotation since being picked up on waivers in 2018.

Last season, Muhammad produced 23 tackles, two sacks and six quarterback hits in 16 games as a reserve. He has one sack in three playoff games with Indianapolis.

Originally a sixth-round pick by the New Orleans Saints in the 2017 draft out of Miami (Fla.), Muhammad owns 80 career tackles, five sacks and 15 tackles for loss in 51 games (eight starts).

In addition to re-upping with Muhammad, the Colts have also kept several other free agents from departing the team this month, including wide receiver T.Y. Hilton, running back Marlon Mack, cornerback Xavier Rhodes and offensive lineman Joey Hunt.