Horns up for University of Texas men’s and women’s hoops!

As college football quickly came to an end, it’s shaping up to be quite an exciting season for college basketball as a whole. As of the beginning of January, both the men’s and women’s basketball teams at the University of Texas were in a solid spot to qualify for a high seed in March Madness.

The women are on a hot streak — even after losing sophomore Aaliyah Moore to a torn ACL in the middle of December — going undefeated in eight straight games at the end of 2022. The men are inadvertently in the spotlight right now due to the firing of head coach Chris Beard on January 5. No matter how you slice it, this is the season to keep an eye on University of Texas basketball.

Like with all college sports teams, you’ll have to jump around a bit from channel to channel in order to catch every single University of Texas Longhorns basketball game this season. But streaming services make it easy, offering you an affordable way to follow your favorite team on nearly any device that connects to the internet. Bottom line: With streaming services, you can take UT basketball with you wherever you go.

Texas Longhorns basketball games are streamed on a combination of channels, including the following: ESPN, ESPN2, ESPNU, ESPN Plus, FS1, and Longhorn Network. 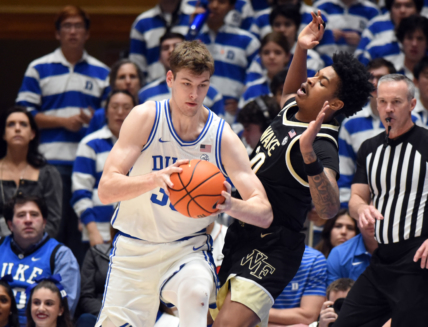 You can watch the majority of Longhorns basketball games with the English Plus plan, which includes ESPN, ESPN2, ESPNU, FS1, and the Longhorn Network as well as various other regional sports networks that are perfect for when it’s not basketball season. And of course, you can get even more sports channels with one of Vidgo’s other plans.

Those elusive Texas Longhorns games streamed on ESPN Plus are finally attainable, thanks to Hulu + Live TV. With the Hulu + Live TV plan, which starts at $69.99 per month (ad-supported), you’ll gain access to 85-plus live channels as well as Disney Plus and ESPN Plus in one bundle. You can also get Hulu (No Ads) + Live TV for $82.99 per month or a Live TV Only plan for $68.99 per month.

Although YouTube TV doesn’t carry every Longhorns basketball game, its Base plan does a nice job on delivering most of the men’s and women’s games to viewers. YouTube TV’s Base plan costs $64.99 per month and includes 100-plus channels. You can also purchase the Spanish plan for $34.99 per month. It includes 28-plus Spanish channels.

You can catch Longhorns basketball games streamed on ESPN, ESPN2, and FS1 with any of FuboTV’s plans. But if you opt for the Pro plan, you’ll need to pay at least an extra $7.99 per month for ESPNU as part of the Sports Lite package. You won’t be able to watch the Longhorn Network on FuboTV at all, so you’d need to shell out another $9.99 per month for ESPN Plus in order to do so. Still, there’s a lot of sporting events to enjoy as a FuboTV subscriber.

No matter which plan you choose, you’ll be able to catch a handful of Longhorns basketball games this season. To catch the most games, however, you’ll want to subscribe to at least a Choice package. The Choice, Ultimate, and Premier packages all include ESPN, ESPN2, ESPNU, and FS1. Unfortunately, the Longhorn Network is only available to satellite customers of DIRECTV at this time, and you’ll still need a separate subscription for Big 12 Now games, which are concurrently streamed on ESPN Plus this season.

The verdict is in: Longhorns basketball is very accessible via streaming. Plus, streaming services offer sports fans an enhanced experience during game time (live stats, team hubs, etc.) depending on the provider for no extra cost. But Sling TV comes in first place overall when it comes to watching Longhorns basketball, primarily thanks to its affordability and inclusion of the Longhorn Network, which can be hard to find — especially if you don’t live in Texas.

Multiple networks air both men’s and women’s Texas Longhorns basketball games. These networks include ESPN, ESPN2, ESPNU, ESPN Plus, FS1, and the Longhorn Network. The latter is a 24/7 network solely dedicated to University of Texas athletics that streams 365 days a year.

Can I watch Texas Longhorns basketball without a TV provider?

What is the best way to stream Texas Longhorns games?

The best way to stream Texas Longhorns games is by signing up for a Sling TV subscription. You can catch every single televised Texas Longhorns basketball game by signing up for Sling Orange & Blue and the Sling Orange Sports Extra package for a total of only $66 per month plus a separate ESPN Plus subscription, one of the best deals in all of streaming.