How To Watch Purdue Boilermakers Basketball Live in 2022 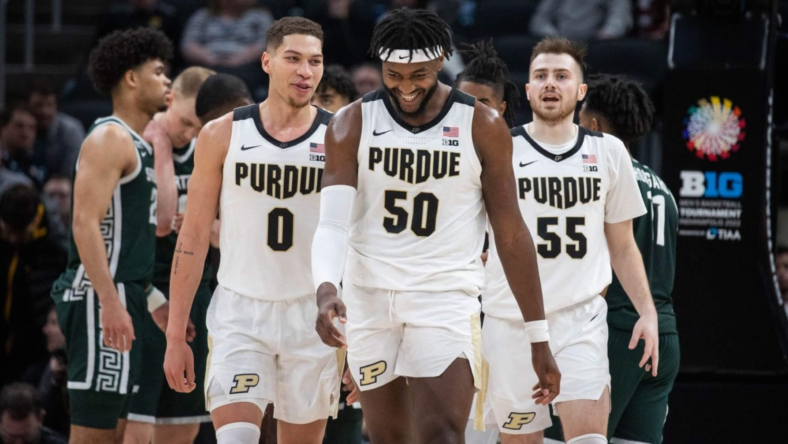 The Purdue Boilermakers are synonymous with the Big Ten Conference, and they hold the most championship wins. After 24 victories, the team is well-established as the one to beat. After all, this is a team that’s sent more than 30 players to the NBA. That said, there’s still room to grow.

If you don’t have cable, don’t worry. You don’t need it to watch the Boilermakers. Instead, you can stream the majority of their games, as long as you have a streaming service that supports the Big Ten Network, FS1, or CBS.

Where can you stream almost all of the Purdue Boilermakers games?

The Big Ten Network will air the majority of Boilermaker games, but a few will be shown on CBS and FS1. There are plenty of live TV streaming services with that particular combination of channel lineups with affordable monthly costs, such as FuboTV, Sling TV, YouTube TV, DIRECTV STREAM, or Hulu + Live TV. You can watch at home with a streaming box, or you can follow the action from your mobile device if you’re on the go.

One of the best options for streaming the Boilermakers games is Sling TV. Not only is it more affordable than the rest, with a starting price of just $40, but it’s customizable, too. You can add the Sports Extra add-on for just $11 per month to gain access to the Big Ten Network, among several others. Sling Orange caters more to NCAA football than pro, but if you want the best of both worlds, just sign up for the Sling Orange & Blue package for just $55 per month.

You can even get half of your first month for a limited time. It’s not quite a free trial, but it’s inexpensive enough that you can try out Sling TV for yourself and decide whether you want to keep paying for it. If you’re not home to catch the game, every streaming package also includes 50 hours of DVR for free.

Other ways to watch the Purdue Boilermakers live this season

You can find the full Purdue Boilermakers schedule here on ESPN.com.