How To Watch Michigan Wolverines Basketball Live in 2022 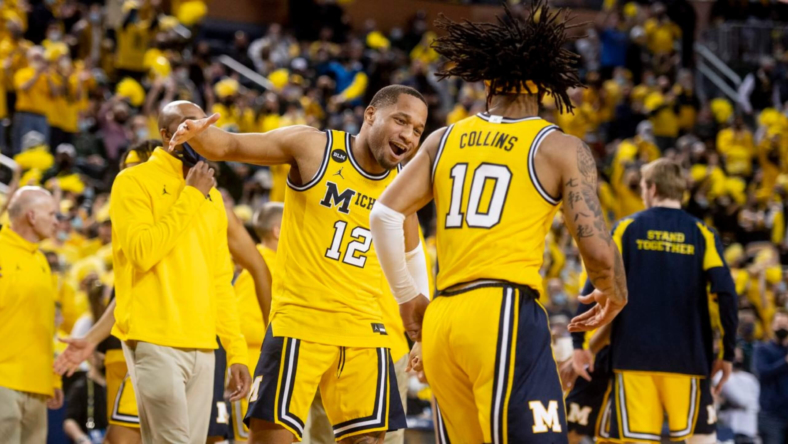 The Michigan Wolverines are as fierce as the creatures they’re named after, with 35 All-Americans emerging from the school over the years. UT has also brought home an NCAA Championship and two National Invitation Tournaments, on top of 15 Big Ten Conference titles. With more than 100 years of history, the Wolverines are one of the teams to watch this upcoming season.

It’s sure to be an exciting one, especially since Juwan Howard — one of the Fab Five – took over as head coach in 2019 and continues to lead the team today. Last year, the Wolverines closed out the season with a 23-5 record and a whopping .823 win percentage. That’s nothing to sneeze at.

If you feel the Maize Rage and want to follow the team, it’s easy. Sure, you could catch them on cable, but it’s a lot easier to just find a live TV streaming service that carries the game. Channels like ABC, FS1, and the Big Ten Network all carry Michigan Wolverine games. Just make sure you have a streaming service like FuboTV, Sling TV, YouTube TV, DIRECTV STREAM, or Hulu + Live TV that carries those channels, and you’re set.

Where can you stream almost all of the Michigan Wolverines games?

More than half the games will air on ABC, but those are gated to local channels. If you want to tune in, use a VPN to watch through ABC. You can also catch the games on the Big Ten Network, ESPN, and others. These services make it easy to watch your favorite games without breaking the bank thanks to low monthly payments.

Sling TV is one of the most affordable streaming options out there. Between Sling Orange and Sling Blue, customers can choose to prioritize college or professional sports. Combining the two gives the best of both worlds, with all of the channels available in the base package. However, some specific channels are locked behind add-ons. The Big Ten Network is one of these.

You’ll need the Sports Extra add-on for an additional $11 per month to access it. That gives more than ten additional channels overall, but even with that added cost, Sling TV is still the most affordable option on this list.

Other ways to watch the Michigan Wolverines live this season

You can find the full Michigan Wolverines schedule on ESPN.com.