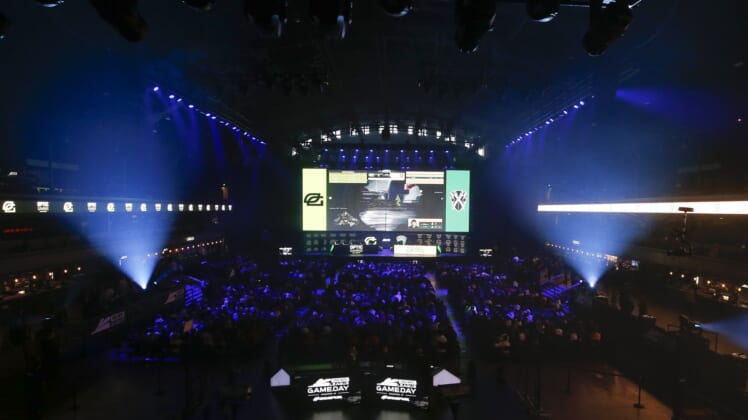 Sports is an escape for millions of people across the globe. Whatever is going on in their life, no matter what experiences or emotions they are going through, sports is the place we get away from it all and free our mind. The COVID-19 pandemic has brought the world to a screeching halt, leading to many experiencing even more uncertainty in their lives than ever before.

As all of this is going on in everyone’s lives, every major sport has come to a stop. The NFL season is months away and in jeopardy of being pushed back. Meanwhile, MLB might not have Opening Day until June at the earliest and the NBA season is suspended indefinitely. The COVID-19 pandemic has taken away so much from sports fans already, but it doesn’t have to be that way. eSports can fill the void for everyone during a time without major sports.

A rapidly growing sport: The new wave of technology, and people looking for new forms of entertainment, has helped spark the rapid growth of eSports. It’s become one of the fastest-growing avenues of entertainment and it can grow even more with major sports suspended.

Even before the COVID-19 pandemic forced states to issue stay-at-home advisories and major sports leagues were suspending their seasons, we already would have seen the industry keep growing. Now with more people at home looking for entertainment, eSports can fill that void and even more so for sports fans.

Something for everyone: It can be tough to find the perfect replacement for the NBA Playoffs or MLB’s Opening Day, but there are options out there. Fortunately, eSports offers an incredible selection of entertainment fixes.

These are among just the biggest options for eSports’ entertainment out there and there are even more for fans to choose from. That kind of array of options is hard to find anywhere, but that’s what makes eSports even better to fill the void.

The bottom line: We don’t have our favorite sports right now and it could be months before we see them return. The COVID-19 pandemic is a concerning time and we all need an escape to get away from it all, eSports is perfect for filling that void.

If you’re determined to find live sports to enjoy, Rocket League, Madden, eNASCAR and NBA 2K streams have you covered. For fans willing to dive into games that involve strategy, skill and communication – traits key to our favorite sports – CounterStrike, Fortnite, and Call of Duty can offer that.

Even if you don’t know a lot about eSports, now is the perfect time to watch. Scroll around on Twitch, YouTube or Mixer and find something that interests you. The time will fly by and before we know it, our favorite sports will be back.