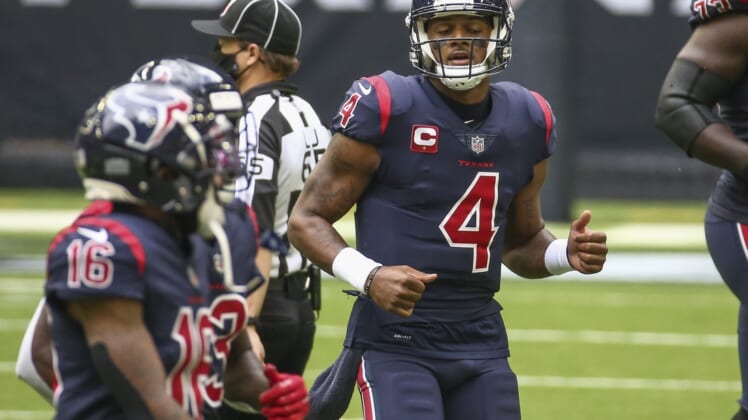 Caserio was the first team official to speak publicly about the situation when he spoke on the Texans All Access podcast.

The lawsuits make allegations against Watson ranging from inappropriate actions to sexual assault during massage treatments. The first suit was filed March 16.

“We certainly take them very seriously. The allegations, what’s been discussed, are certainly troubling. And organizationally that’s not something that we can condone, that we condone, those types of actions.”

Watson, 25, posted a statement to social media following the filing of the first lawsuit, denying the allegation.

The NFL said on March 18 that cases of alleged wrongdoing by Watson are under investigation. The Texans issued a statement at the time that said team officials will stay in contact with the league.