Holtz to get Presidential Medal of Freedom

The medal is awarded by the president to individuals who have made an especially meritorious contribution to the security or national interests of the United States...

(Reuters) – Lou Holtz, one of college football’s coaching greats who led Notre Dame to an unbeaten season and a national championship, will be awarded the Presidential Medal of Freedom from Donald Trump, the White House said on Wednesday.

A strong supporter of U.S. President Trump who spoke at the Republican National Convention, Holtz will receive what is the United States’ highest civilian honor on Thursday.

The medal is awarded by the president to individuals who have made an especially meritorious contribution to the security or national interests of the United States, to world peace, or to cultural or other significant public or private endeavors.

Holtz, 83, played football at Kent State but it was in coaching where he left his mark.

During a long career Holtz coached a number of teams both college and professional, including a brief and unsuccessful run with the NFL’s New York Jets where he posted a record of 3-13.

But in the college ranks Holtz was among the all-time best with his crowning achievement being a perfect season in 1988 leading the Fighting Irish of Notre Dame to a national title.

(Reporting by Steve Keating in Toronto. Editing by Toby Davis) 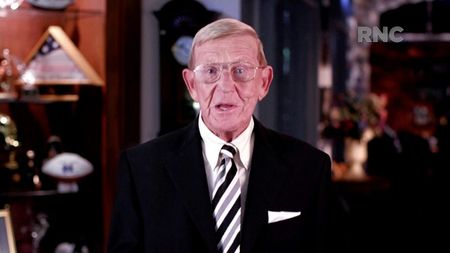