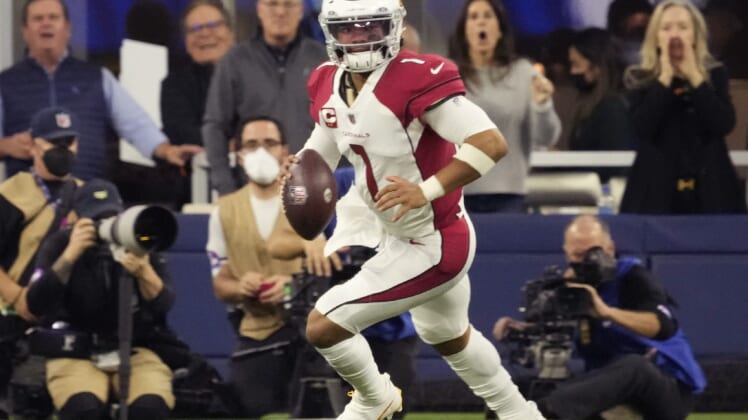 Fans may get a first-hand look at whatever drama is ongoing between Kyler Murray and the Arizona Cardinals later this season with HBO’s Hard Knocks set to feature the team for their in-season version of the show.

Last year was the first time Hard Knocks followed an NFL team in-season instead of just having coverage of a team during their preseason events. Fans of the show got to see the Indianapolis Colts with weekly episodes dropping on HBO Max.

This time around the popular TV series will pivot to a playoff team from last season, with the Cardinals being featured.

Some enjoy watching Hard Knocks, some don’t think it features enough intrigue. Personally, as a football fan, I love it.

The show gives fans a chance to have more of an inside look at the happenings on and off the football field as teams try to compete from week to week. Observers get to learn more about the players and coaches on staff, and we get more football coverage.

Yet, teams hate appearing on Hard Knocks. There’s a reason why nobody volunteers to do the show.

Despite the NFL being a massive television event for nearly every activity it gets involved in, teams don’t like the individual attention it brings, with extra cameras hanging around team facilities.

It’s different than a team’s social media account where each franchise has full control over what is and isn’t filmed.

While the process is similar for the show in that teams get to review and have final say on what makes the TV cut and what doesn’t, they don’t have any control over having outside cameras infiltrating their secretive bases.

If there is anything to Kyler Murray‘s discontent with the team, you won’t see it via Hard Knocks, but that doesn’t mean there won’t still be other drama, it just likely won’t include the face of the franchise.

What we will likely see is the bond between Murray and his once-again teammate with Marquise Brown joining the team from Baltimore.

There will be plenty of in-season storylines that will emerge between now and when HBO will start filming, but chances are, Murray’s contract won’t be the focal point once the season is in full swing.

Related: With OTAs beginning, neither Kyler Murray, nor Deebo Samuel expected to participate