With OTAs beginning, neither Kyler Murray, nor Deebo Samuel expected to participate 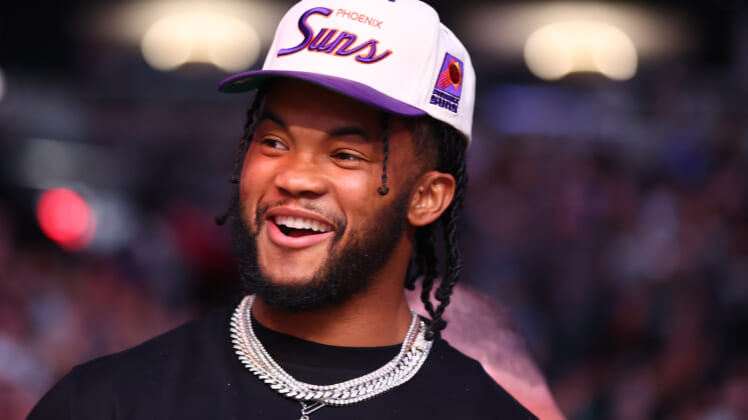 We’ve reached the next step of the NFL offseason, when players who didn’t receive new contracts are playing their cards in an attempt to get more long-term financial security. Two of the more high-profile athletes who are seemingly unhappy with their contract situations are Arizona Cardinals quarterback Kyler Murray and San Francisco 49ers wide receiver/running back/wide back Deebo Samuel.

As Organized Team Activities (OTAs) get underway around the NFL, neither Murray nor Samuel are expected to participate for their respective teams according to Adam Schefter and Ian Rapoport.

For those who have paid close attention to the players throughout the offseason, this announcement comes as no surprise.

No OTA participation, what does it mean for Murray and Samuel?

Clearly, both players making the decision to stay away from their team’s organized activities is an attempt at sending another message to the front office, saying we want a new contract.

Both players removed affiliations to their teams from their social media profiles this offseason, only to have them return later on.

There’s seemingly been little movement on either front, with both teams staying silent about their contract situations.

The Cardinals have maintained that they view Murray as their franchise QB, and the 49ers have thrown their support behind Samuel too, indicating a strong desire to retain their key contributor.

Chances are, each team will have their Pro Bowl talent on the field by the time Week 1 rolls around, but this is the latest sign that things aren’t exactly perfect in Arizona and San Fran between the front office and their star players.

Meanwhile, the Los Angeles Rams have to be sitting back and laughing at the situation their fellow NFC West rivals are going through as they attempt to embark on a season where they repeat as Super Bowl champions. These off-the-field distractions aren’t a good look for two teams who have a lot of work to do to get back to the playoffs next year.

We’ll see if it goes anywhere.