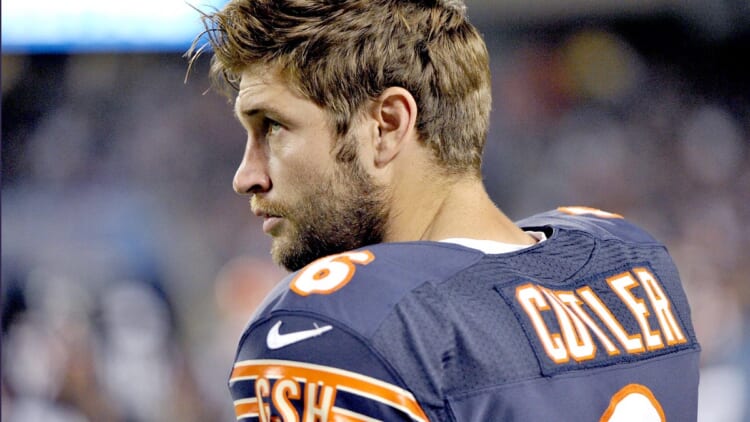 These days, it seems you can count on one hand the folks who are in Jay Cutler’s corner. However, Hall of Famer and former Chicago defender Dan Hampton is one who stands with the embattled Chicago Bears quarterback.

In a recent interview with ChicagoFootball.com, Hampton said he believes that Cutler “can have a fantastic year” in 2015.

“The main thing is: You need to work within the system, and function in a very efficient way … make good throws, be confident, do your reads. I don’t think there’s any question he can have a fantastic year.”

The reason Hampton believes in Cutler is because of new offensive coordinator Adam Gase, who most recently coached Peyton Manning and whose word should carry some weight.

“I would say I coached a guy in Denver (Peyton Manning) that couldn’t throw the ball 30 yards, and scored 500 points,” Hampton said “Maybe I do know something. Maybe you need to listen to me.”

Cutler’s five-win season is still all too familiar with us. He led the league for the most interceptions (18) last season. That said, a positive thing to note is that Cutler actually completed his highest percentage of passes (66) last year.

Hampton also blames Chicago’s horrid defense and Cutler’s lack of protection in 2014 as reasons for the miserable campaign. Perhaps new defensive coordinator Vic Fangio will turn things around on that side of the ball, which will help Cutler’s winning percentage significantly.

If Cutler can keep up his completed pass percentage and cut back on the interceptions this season, he will prove his vast sea of doubters wrong and prove Hampton right.