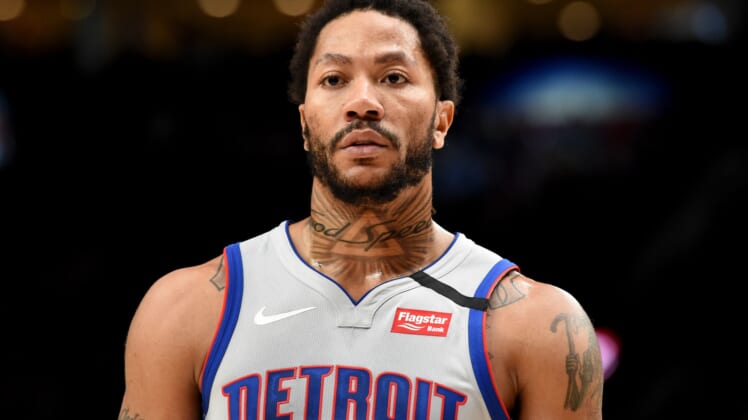 The Achilles injury star guard Klay Thompson suffered earlier this month in Los Angeles leaves everything up in the air. The Golden State Warriors trade rumors leading up to said injury included finding a third star to team up with Thompson and Stephen Curry.

That’s no longer the case. Equally as important, Golden State could potentially now keep Andrew Wiggins. The team will need scoring behind Curry.

In checking in on Thompson’s injury we’re here to calm the nerves of Warriors fans. They still had that $17-plus million trade exception stemming from the Andre Iguodala deal following Thompson’s injury. Golden State already used that in acquiring wing Kelly Oubre in a trade with the Oklahoma City Thunder.

That gives the Warriors a potential 20-point scorer to team up with Curry and Wiggins. However, these Warriors now have a $9.5 million disabled-player exception to use following Thompson’s injury. While that could very well be utilized in free agency, it seems more likely the Warriors will use it in a trade.

Here’s an updated look at three players the Warriors can target in a trade with that exception. Reminder, they can only make a deal for a player in an expiring contract. That limits Golden State’s options.

There’s been some thought given to the idea that Rose might be on the block. However, Detroit is not going to give him away for free. The former NBA MVP is not the same player he used to be. However, he’s picked up his game a lot recently. Rose, 32, averaged 18.1 points and 5.6 assists on 49% shooting from the field a season ago.

Fresh off adding Brad Wanamaker in free agency, there’s not as much of a need at point guard. With that said, Rose could back up at both the one and two. He’d see 30 minutes of action per game, proving this trade to be worth it.

Golden State and Chicago previously talked about a trade surrounding Wendell Carter Jr. After Chicago added Patrick Williams with the No. 4 overall pick, Markkanen could actually be the one out of town. The impending free agent fell out of favor last season, averaging a career-low 14.7 points per game. He doesn’t seem to have a future with the Bulls.

However, the 23-year-old Markkanen would be a tremendous get for the Warriors. He’s a career 37% three-point shooter. He can also play both the four and five, acting as the stretch big Golden State needs. It remains to be seen if he can be had for a future protected first-round pick.

It’s rather clear that Monk’s disappointing tenure with the Hornets is coming to an end. The team selected LaMelo Ball No. 3 overall in the 2020 NBA Draft and really doesn’t have a need for another rotational piece out on the perimeter. If so, it makes sense for Charlotte to get what it can for the impending free agent.

This is where the Warriors come into play. They can take on Monk’s expiring $5.3 million contract while offering up very little in return. The hope here is that this former top-11 pick finally pans out after averaging 8.6 points on 40% shooting in his first three NBA seasons.

Here’s a look at five players the Golden State Warriors could trade for to “replace” Klay Thompson. Most of the trades will involve the above-mentioned exception. Others won’t.

The Warriors and Bulls were linked in trade rumors ahead of the 2020 NBA Draft with Chicago looking to move up to the second selection. Instead, the team reached for forward Patrick Williams at No. 4 overall. Could these two teams circle back in trade talks? It’s possible.

This scenario includes the Warriors landing a true scoring threat in LaVine for a first-round pick in the 2021 NBA Draft. Said pick would be the highest of the two between Golden State’s initial selection and the one it acquired in the D’Angelo Russell-Andrew Wiggins trade with the Minnesota Timberwolves.

LaVine, 25, averaged 25.5 points on 38% shooting from three-point range this past season. He’d come in and be the second scorer behind Curry until Klay Thompson returns. Should LaVine prove to be a fit, he could move to the three with the Warriors then opting to trade Andrew Wiggins.

It’s rather clear that Hield wants out of Sacramento. He has not worked well with embattled Kings head coach Luke Walton. By drawing this process out a bit longer, it appears that Sacramento will have to sell low on the sharpshooting 27-year-old shooting guard.

Picking up Wiggins’ contract and potential would probably be the ideal scenario for Sacramento here. After all, the team already added guards Tyrese Haliburton and Jahmi’us Ramsey in the 2020 NBA Draft.

As for the Warriors trade, they get a guy that can score 20 on a consistent basis and is shooting a resounding 41% from three-point range in his career. Hield would slide in at the two immediately and could hold down that fort once Thompson returns. In this scenario, Klay moves to the three.

Pretty much a trade simply using the above-mentioned exemption. Fournier, 28, opted into his contract for the 2020-21 season after averaging a career high 18.5 points this past year. At 6-foot-7, he’d also provide size to go with Wiggins out on the perimeter. Adding to the intrigue here is the fact that Fournier is a career 38% three-point shooter.

For the Magic, it’s rather simple. They rid themselves of a contract they’d rather not have. That includes a whopping $17.15 million for next year. Orlando could then use that money to find a better bargain in free agency.

The Warriors and Spurs have been linked in trade talks over the past couple weeks. That previously included LaMarcus Aldridge heading to Northern California. However, the Thompson injury would change things in this regard.

Instead, Golden State adds a veteran All-Star in DeRozan to replace Thompson over the short term. He’s averaged north of 20 points in each of the past six seasons and would provide that scoring punch. In addition to this, the Warriors add a short-term replacement for Wiggins at the three in Gay. They have been linked to him at a near never-ending loop over the past half decade.

As for the Spurs, they take a chance on Wiggins’ upside while adding a valuable future first-round pick (protected in 2021). After drafting Devin Vassell in the first round of the 2020 NBA Draft, it’s clear that the Spurs are looking to trade DeRozan.