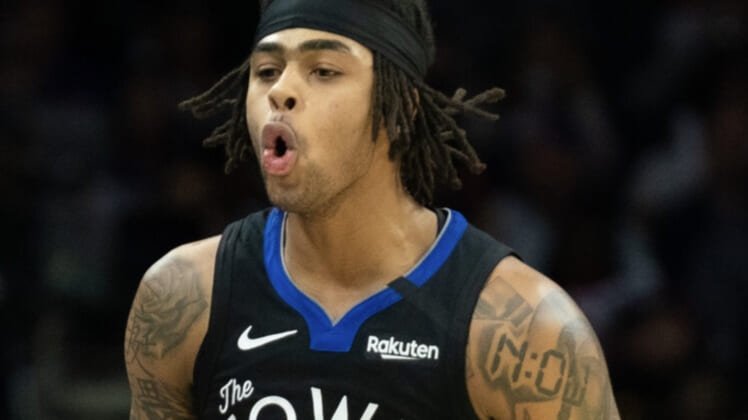 That blockbuster trade that many didn’t think would go down has indeed happened.

According to ESPN’s Adrian Wojnarowski, the Golden State Warriors have traded All-Star guard D’Angelo Russell to the Minnesota Timberwolves for a package that includes former No. 1 overall pick Andrew Wiggins.

There had been speculation that Minnesota was not ready to meet Golden State’s asking price of an unprotected first-round pick in the 2020 NBA Draft. The Warriors seem to have caved here.

Acquired in the Kevin Durant sign-and-trade this past summer, Russell now teams up with best bud Karl-Anthony Towns in Minnesota. This is the Wolves’ way of appeasing their superstar big man.

As it relates to Wiggins, he’s scene as a one dimensional player who is indeed playing under the max. The former No. 1 pick is averaging 22.4 points, 5.2 rebounds and 3.7 assists on 44% shooting from the field.

He should be aided by the spacing in Golden State once Klay Thompson and Stephen Curry return from injury.