Twitter reacts to LaMelo Ball landing with the Charlotte Hornets 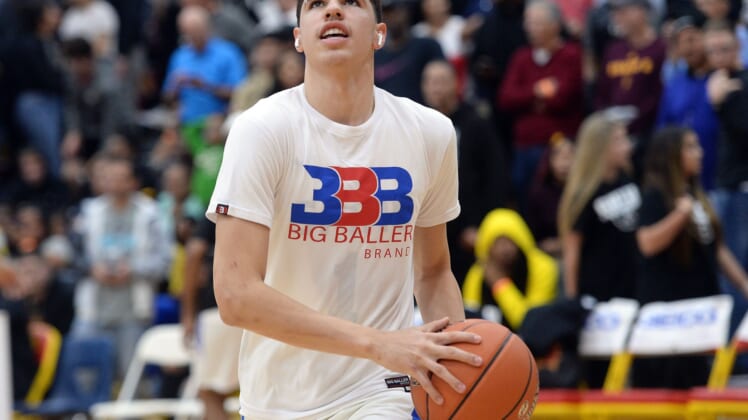 Michael Jordan has been targeting a point guard since yet another down season for the Charlotte Hornets came to an end back in March. He now has that player in the form of the talented LaMelo Ball.

Selecting No. 3 overall in the 2020 NBA Draft Wednesday evening, Charlotte picked up the youngest of the Ball brothers to team up with fellow guards Terry Rozier and Devonte’ Graham.

Ball, 19, is seen as an elite-level passer who can knock it down from the perimeter. There was some thought given to the idea that he might slide down the draft board due to less-than-stellar interviews with teams. That obviously didn’t happen. Talent won out here.

Those watching the NBA Draft Wednesday evening had their reactions to this momentous news for Jordan and the Hornets’ organization.

How will LaMelo Ball look with the Hornets?

Ball now gets to learn from the greatest player of all-time in that of Hornets owner Michael Jordan. If he takes to Jordan’s leadership, the sky is obviously the limit here. Of course, this is dependent on Charlotte not moving ball in a trade. The team is said to be interested in fellow point guard, former NBA MVP Russell Westbrook.

If Ball does remain a member of the Hornets, questions will be raised about whether Graham or Rozier could be traded. At the very least, Malik Monk’s time appears to be up in Charlotte. He’s been pretty much a bust since the team made him a top-11 pick back in 2017.

One thing we do know is that LaMelo Ball should succeed out of the gate. He has the size and pro-ready skill set to make an impact immediately. In fact, Ball should right now be considered the top NBA Rookie of the Year candidate. That’s for sure.