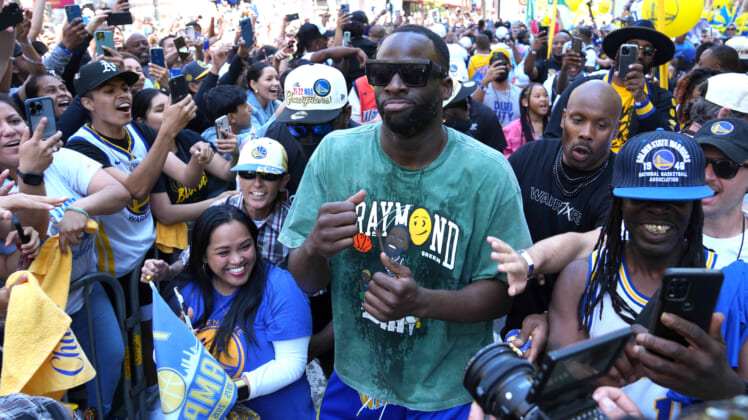 Golden State Warriors star Draymond Green wants NBA fans to know that he and other players are no longer just athletes. They are also businessmen making decisions that are in the best interest of them and the personal corporation they represent.

Green has long been a player unafraid to speak his mind on the game of basketball. It is why his “Draymond Green Show” podcast has become a headline-making piece of weekly media. It happened during the playoffs as he helped the Warriors win another championship this year, and it was once again a source on Thursday.

Yet what makes this latest adventure into the mind of Green interesting is that his latest hot take was made to defend a former teammate he didn’t necessarily have a great relationship with in Kevin Durant.

After Durant recently asked for a trade from the Brooklyn Nets, he was once again hit with similar complaints from fans that he endured when he decided to leave the Oklahoma City Thunder to play for the Warriors. As some have questioned Durant’s toughness to grind through the drama in Brooklyn and rise to the challenges there.

However, Green believes that is an unfair critique because fans don’t realize NBA players aren’t just athletes, they are also businessmen. And in the end, they have to make smart decisions in the best interest of the businesses they operate.

Oddly enough, the Warriors are rumored to be in the running for Durant and many see them as having one of the best sets of assets to land the Nets star in a trade.

Green and Durant famously had a bench shouting match during their final season playing together in 2018-2019.