The Draymond Green era with the Golden State Warriors may come to a close sooner than anticipated with a new report claiming the 32-year-old believes he is deserving of a max contract that the team has no intention of giving him.

While Green won’t go down as a generational talent like teammate Stephen Curry or is as well known to casual fans as Klay Thompson, he has always been a vital part of the team’s success. Without the four-time All-Star doing the dirty work of getting important offensive rebounds and guarding some of their opponent’s best scorers, it is hard to imagine they would have been able to win their four championships.

Related: Warriors Andrew Wiggins regrets having to get vaccinated

The always vocal veteran seems to feel the same way, and reportedly believes being a key member of the organization’s winning core is deserving of a max contract when he becomes eligible to sign a new long-term deal after Aug. 3.

On Wednesday, The Athletic revealed that sources say Green “wants and believes he deserves a maximum contract extension from the Warriors.” The 10-year veteran is set to make $25.8 million next season and then $27.5 million in 2023-2024. However, he has a player option in the final year and could leverage possible free agency as a way to get what he wants.

If the Warriors were to oblige him, he would opt out early and sign a new four-year deal this summer worth $138.4 million, which would lock the team into $164.2 for the next five seasons. Unfortunately for Green, the outlet reports that the Warriors have no intention of doing that and would prefer to talk about that next summer.

The team’s big concern now is how Green reacts. If he is firm on his beliefs, there are concerns his locker room behavior over not getting a max extension could derail the team’s chances of repeating next season. It is a difficult situation because the team is already well over the salary cap and has to ponder giving both Jordan Poole and Andrew Wiggins new long-term deals before becoming free agents next summer.

If the Golden State Warriors were to make the bold move to trade Draymond Green this summer, or during the season, what would be the ideal landing spots?

Draymond Green seems like an absolutely perfect fit for the Miami Heat. He is a nasty, defensive-minded, win at all costs player. Just like team president Pat Riley and head coach Eric Spoelstra like it. And after losing dirty work MVP PJ Tucker this offseason, the organization has an opening and a strong desire for a major shakeup to get back to the Eastern Conference finals. 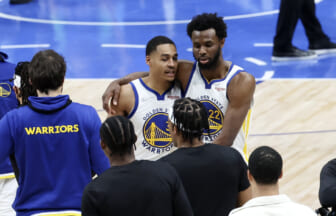 When it comes to Lebron James and the Los Angeles Lakers, anything is possible. Especially when it has to do with acquiring a player they believe can help them win another championship. There are still things that must be figured out for “Showtime” when it comes to what happens with Russell Westbrook this summer, and if they can land Kyrie Irving in a trade with the Nets.

However, considering their limitations in making big moves this summer, to rent Green for one season at a rate lower than most star players has to be appealing to the Lakers. Plus, a defense that has those three players could be scary good.

The Memphis Grizzlies are a serious dark horse in a situation like this. There have been rumblings during the offseason that the organization would like to make a big splash after their impressive season in 2021-2022. As proof of how talented Memphis already is, they were without superstar Ja Morant for the final three games and still were able to take the eventual champion Warriors and Green to six games in the Western Conference semis. 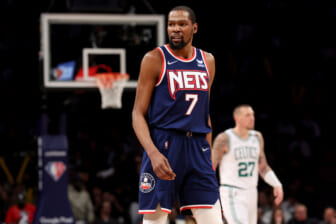 Furthermore, Green would fit right in as an elder statesman with an already brash and tough group that could use a player with championship experience to help get them to the next level.