Those words were spoken by Jacksonville Jaguars general manager Dave Caldwell after the team selected running back Leonard Fournette fourth overall in the 2017 NFL Draft.

It’s not that Jacksonville didn’t add the best skill-position talent in the entire draft. Fournette has proven himself to be a dynamic offensive weapon and someone that can help shoulder the load on offense. 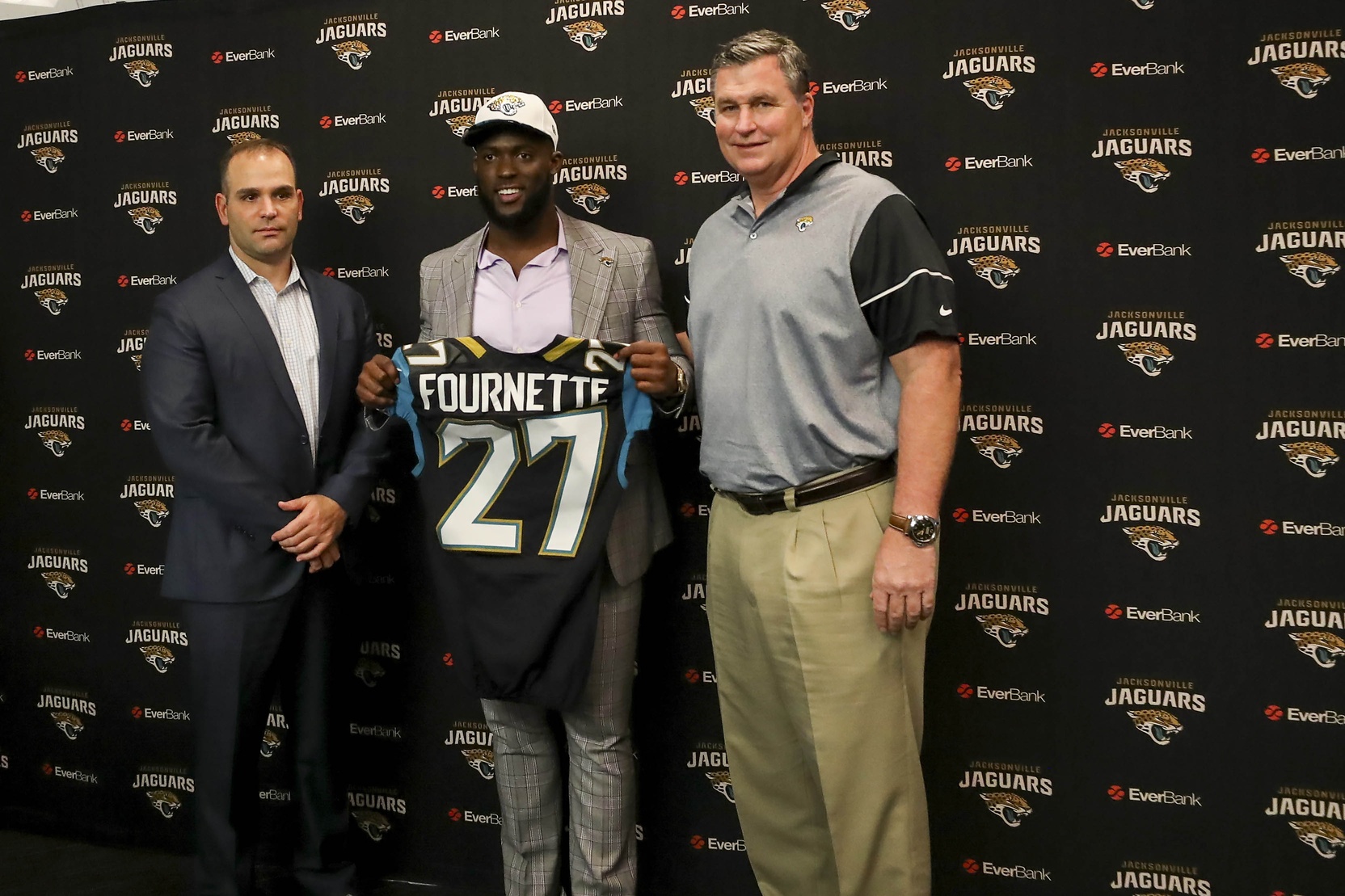 He was the consensus No. 1 running back in the class and will be an immediate impact player.

That’s all fine and dandy. It’s what Jacksonville did just two days after the 2017 NFL Draft that raises eyebrows. The team decided to pick up the contract option on struggling young quarterback Blake Bortles. It’s an option that guarantees him $19-plus million for the 2018 season.

Jacksonville may very well be high on Fournette to take pressure off Bortles. It’s something the Jaguars need desperately after neither Chris Ivory nor T.J. Yeldon crossed the 500-yard plateau on the ground last season. It’s the idea that Bortles needs a strong running game to succeed. So why not go out there and get him the best in the class?

It’s a flawed strategy, one that tells us a story about a Jaguars front office that is not thinking about the larger picture. The team legitimately guaranteed Bortles over $19 million in the final season of his rookie contract. To put that into 2017 perspective, it would make him the 15th highest-paid quarterback in the NFL.

Should the team have to exhaust a top-five pick on a running back to help a quarterback it is paying that much succeed? Is the initial investment of drafting Bortles No. 3 overall back in 2014 worth it?

That’s a quandary multiple teams have yet to answer. They want to ride with a young quarterback’s upside, but they have to put him in legitimately the perfect situation to succeed. At what cost?

Jacksonville didn’t put up a three-win 2016 campaign simply because Bortles was throwing pick-six’s at a record clip. There were team-wide issues that led to abject regression from the previous season.

Allen Robinson and Allen Hurns failed to build off their 2015 performances. The recently traded Julius Thomas proved to be a free-agent bust at tight end. Former top-two pick Luke Joeckel struggled, even after being tasked with moving to guard from his natural tackle position.

On defense, only two players recorded five-plus sacks as the Jaguars’ defense picked off a combined seven passes. While the unit as a whole was improved, the playmakers Caldwell selected on defense didn’t force the necessary turnovers to overcome Bortles’ struggles through the air.

The larger question here is why was Caldwell given the keys to safe face? Based on everything we have seen from Bortles since he took over as a starter during his rookie season, he is not a franchise quarterback.

He’s not someone you commit to over the long term. At this point, there are questions about his ability to actually be a starter-caliber quarterback in the NFL.

Here’s a guy that has accounted for 74 total touchdowns compared to 65 turnovers in 45 career starts. In the 21 games Bortles has tossed the rock 35 or fewer times, he has thrown 25 interceptions and accounted for 30 turnovers.

This isn’t simply a quarterback that has struggled with turnovers because he’s asked to do too much on offense. Instead, Bortles’ decision-making process and ability to see the field is still at a rookie level. The addition of Fournette will not change this one iota.

That’s why we again have to ask ourselves why Caldwell was allowed to save face here? The only legitimate explanation for drafting Fournette outside of his pure talent on the field is Caldwell himself refusing to admit the mistake that Bortles was.

Now, when we add in the fact that Jacksonville did not add a single quarterback in the 2017 NFL Draft, the question becomes even darker. Is Caldwell banking on Bortles to save his job? Is he banking on Fournette and the rest of this year’s draft class to help Bortles save his job?

We don’t know what is happening behind the scenes in Jacksonville. Caldwell surely wasn’t pushed out of the decision-making process like we saw with former Bills general manager Doug Whaley in Buffalo. 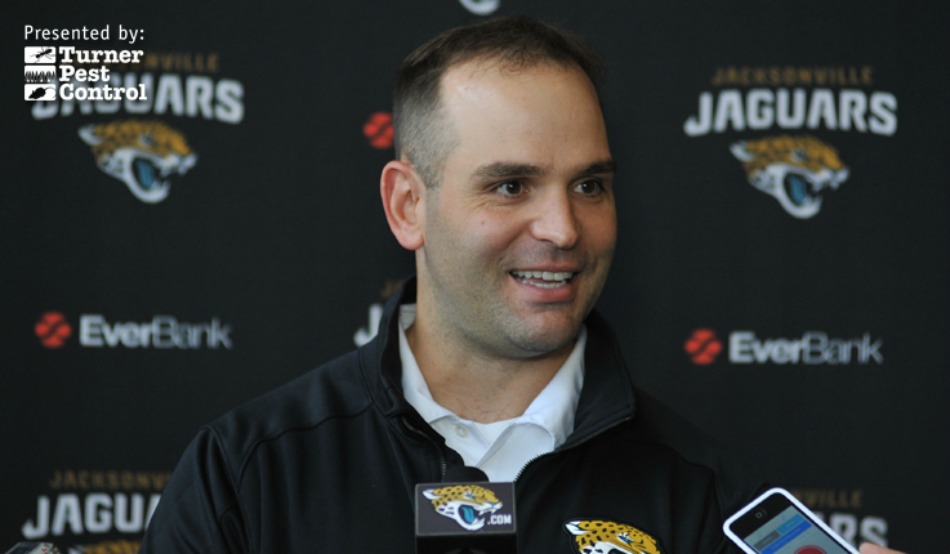 Though, the mere presence of Tom Coughlin as the Jaguars’ executive VP could very well streamline Caldwell’s exit from Jacksonville.

That brings us to our final point. Potentially the most interesting and darkest of them all.

Just as it seemed Caldwell was being pushed out the door after the hiring of Coughlin and extension head coach Doug Marrone signed, the GM himself was given a two-year extension. It ties him to the hip of those two key decision makers within the Jaguars’ organization.

So, was Coughlin relying on Caldwell behind the scenes from a scouting standpoint? How were the two working together with Marrone? How was the ultimate decision to pick up Bortles’ 2018 option made?

The answers to these questions could very well lead us to a disturbing reality.

Jacksonville doesn’t see Bortles as the long-term solution at quarterback. Who would? But the organization came to that unfriendly conclusion that there were no other real options out there. And admitting defeat with Bortles would have tied both Marrone and Coughlin to the failure that is Dave Caldwell.

A mess that we now have to fix. 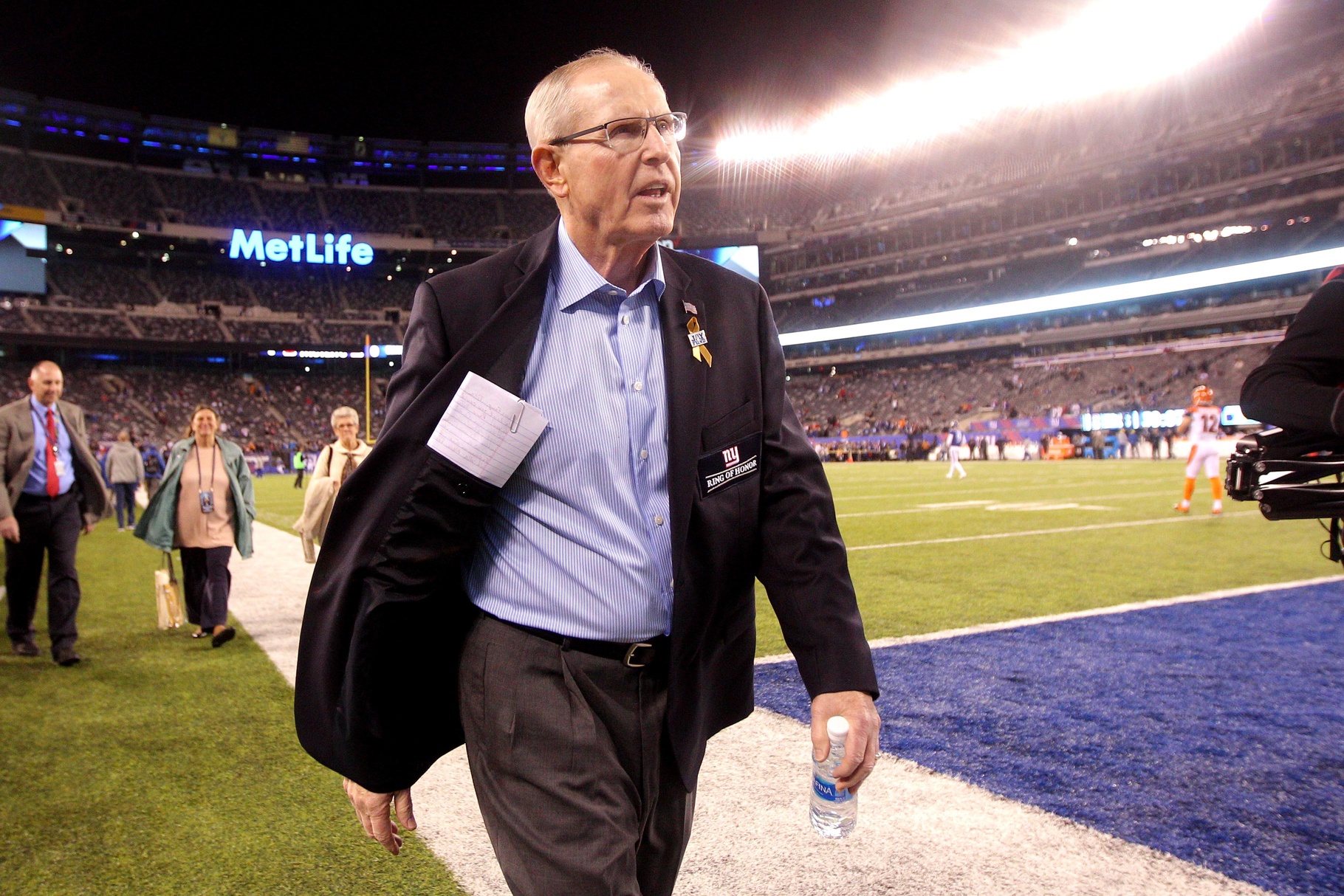 Meanwhile fans of the long downtodden franchise in both Duval and London will be left wondering how this all went wrong.

It might have started by selecting Bortles in the first place back in 2014.

It might have continued with spending  a top-five pick on Fournette.

But it surely came to a culmination after the Jaguars decided to guarantee the struggling Bortles $19-plus million to close out a rookie contract that has proven he can’t be the face of the franchise.